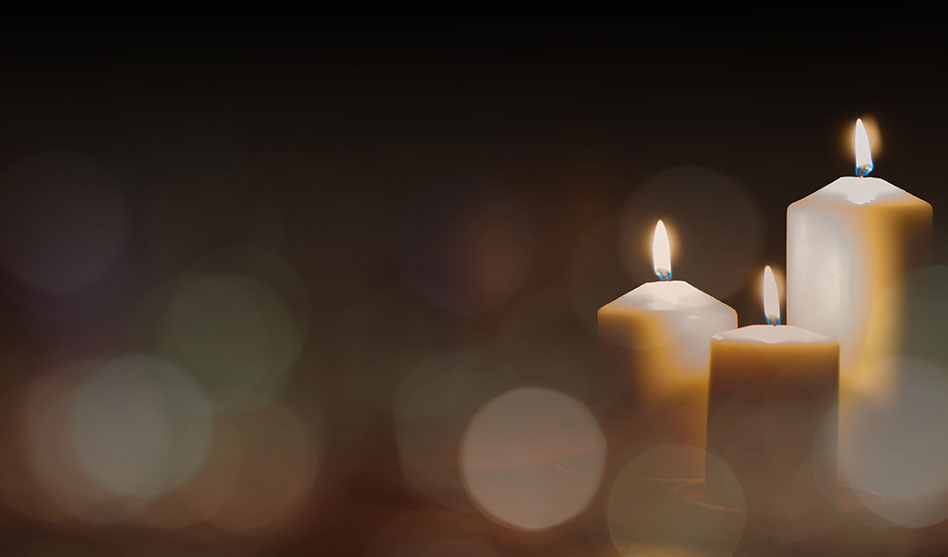 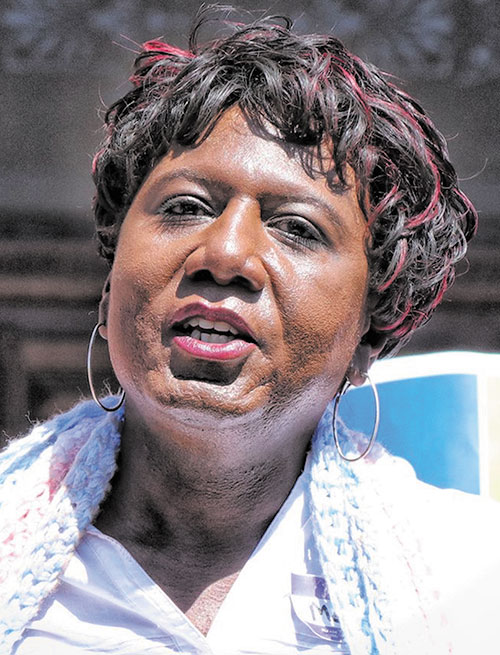 Monica Roberts, 58, died in Houston on Oct. 5. Her body was found in the parking lot of an apartment complex in west Houston and wasn’t identified until two days later. The medical examiner found that she died of an unspecified “medical emergency.”

Roberts was known for the blog TransGriot which gained national attention for identifying murders of transgender people, especially trans women of color, around the country. Roberts challenged media to report the name and gender of the individual rather than calling the victim “a man in a dress.” She challenged law enforcement to work with the transgender community to investigate the murders rather than blaming the victims. She learned that the first two days of a murder investigation are the most important and pointed out that incorrect identification delayed justice.

Roberts was recognized for her work through numerous awards including GLAAD’s Special Recognition Award in 2016. In 2017, she received the John Walzel Equality Award from Human Rights Campaign. And in January this year, the National LGBTQ Task Force gave her the Susan J. Hyde Award for Longevity in the Movement.

She was a member of the board of Black Trans Advocacy and a member of the National LGBT Journalists Association. In addition to TransGriot, her writing appeared in The Advocate and many newspapers around the country, including Dallas Voice.
Roberts was born in Houston and graduated from University of Houston. Among her passions was Houston sports. She is survived by many friends, including Dee Dee Watters of Houston and Carter and Espy Brown of Dallas, and by the many, many LGBTQ people, especially young transgender people, to whom she was their loving “Aunt Moni.”

Her funeral will be held in Houston on Oct. 24. Arrangements are pending. For more on Roberts’ impact on the LGBTQ community, see Aubree Calvin’s article. 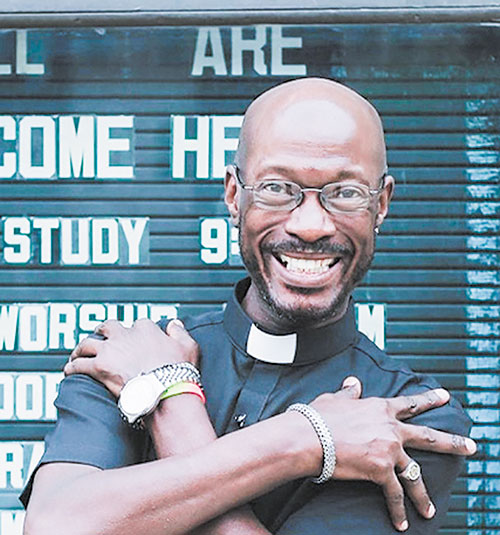 The life of the Rev. Gregg Alan Smith, 1966-2020, was a sermon, and it was never a boring one. On Pride Sunday in 2018, he stood on the steps of Oak Lawn United Methodist Church and shared with the world his identity as a gay pastor, defying restrictions of the United Methodist Church that prohibit “self-avowed practicing homosexuals” from being clergypersons. “I’ve always thought that if I’m confronted on this discrepancy,” he said, “I would just let them know that it’s all good. I don’t need to practice, I’ve been doing this a long time.”

Smith’s journey to ordained ministry was not typical, but was exemplary of God’s love. Because of his mother’s struggle with addiction, Gregg grew up in state custody and foster care his entire childhood. His foster “Mama” in Cliffwood, N.J. showed him love and affection throughout his teenage years and remained connected with him until she died.

A Morehouse graduate, Gregg’s career started as an enlisted U.S. Army specialist. The Army awarded him for meritorious service in executing presidential and state funerals as well as other special events. He took his skills to media relations and eventually ended up working the Dallas Alley Night Club as an entertainer, singer and drag performer with a legendary stage presence. From the military to drag performances, he was known for overcoming obstacles so that the show would go on.
Addiction eventually got the best of Gregg, costing him his job and home. Hungry and at the end of his rope, he set foot in Oak Lawn United Methodist Church where member June Worsham saw the best in him. She took him under her wing and nurtured him to health. After working himself well through recovery, he felt a clear and inescapable call to ministry — to nurture in others the way Worsham had nurtured him.

Gregg was licensed as a local pastor in the United Methodist Church and has served at Oak Lawn UMC since that time. As a proud gay man and gay pastor in the United Methodist Church, life in ministry was not always welcomed and certainly not always easy. Gregg built a pathway for others experiencing homelessness and hunger to receive care and love through the church. He helped found Faith Forward Dallas as a fierce advocate for justice. He mentored LGBTQ candidates for ordained ministry and modeled bold leadership.

Rev. Smith’s life is a sermon of fall, hope, redemption and love for all. We honor his legacy by continuing that work.

Gregg is survived by his chosen family: Lance Bingo (his service dog), Carol “Honey” Indorato, Michelle “Missy” Duncan and his goddaughters Mikala Indorato, Katelyn Indorato and Zoey Dunivan.
There is an ongoing space for keeping vigil and remembering Gregg on the front steps of Oak Lawn UMC. A live memorial service will take place on the front steps of the church facing Cedar Springs on Wednesday, Oct. 21, at 7:30 p.m. In order to maintain safe social distancing, all are invited to bring their own lawn chair or blanket to sit on. The street on the block of Cedar Springs will be closed to through traffic in order to give more space to spread out, and the patio at Matito’s will be reserved for additional memorial a service seating.

This live memorial will also be streamed to Oak Lawn UMC’s Facebook page.

There will follow be a military burial at the National Cemetery at a later date.

In leiu of flowers please consider a donations in Rev. Smith’s honor to the Gregg Alan Smith “Born This Way” Memorial Scholarship, a fund established in his memory to help those on the LGBTQ spectrum pursue their call to ministry, or to Oak

Lawn UMC Outreach Ministry, an area of ministry that Gregg helped establish that provides meals for the homeless five nights a week, clothing and toiletries, as well as emergency shelter on freezing nights. To donate, go to OLUMC.org/PastorGregg. 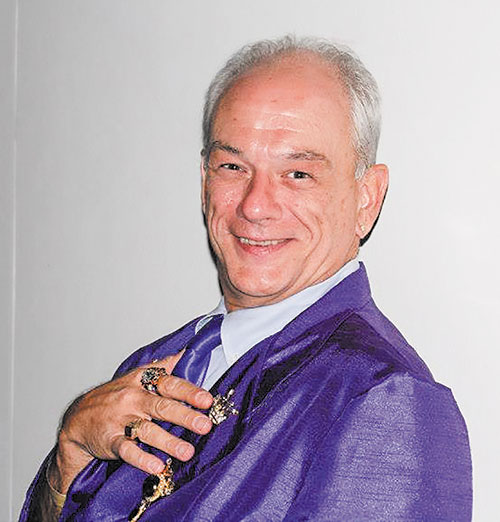 Robert C. “Rob” Hickman, loving brother, uncle and partner, was sent to Heaven Monday, Sept. 21, 2020. He was born Feb. 6, 1959, in Uniontown, son of the late John A. Hickman and Eleanor R. Gordon-Hickman.
He was a graduate of Beth Center and received his B.A. in accounting from Alfred University. He went on to receive an MBA from Duquesne University. He worked throughout the U.S. and was the technology manager at Keurig-Dr. Pepper in Dallas until becoming a franchise owner of Cruise Planners.

Rob will long be remembered as a talented musician, sharing his gifts as organist and eventual choir director at the United Christian Church in Malden. He loved theater and the arts. He worked in local community theater at the Olde Trail Playhouse in Richeyville. He adored Barbara Streisand and was a committed attendee at her performances.

Rob was an enthusiastic and involved member of the Gay Men’s Alliance and the Imperial Court of Nebraska, a nonprofit charitable organization. He was also a member of the Dallas Rotary Club.
In addition to his parents, he was preceded in death by grandparents Robert and Clara Gordon and Vance and Cora Hickman, and his life partner, Robert “Bobby” Marchese.
He is survived by his beloved family: sister Jody Derov; nephew Kyle Higinbotham; niece Danielle “Dani” Higinbotham; and uncle Mike Gordo; as well as a family of friends who will never forget him.

The family asks that memorial donations in his name be made to GMHC — Gay Men’s Health Center, 307 West 38th Street, New York, N.Y. 10018, through GoFundMe.com/f/danielle039s-fund-for-charity, “Danielle’s fund for charity in Honor of Uncle Rob.”