No clear winner in latest debate 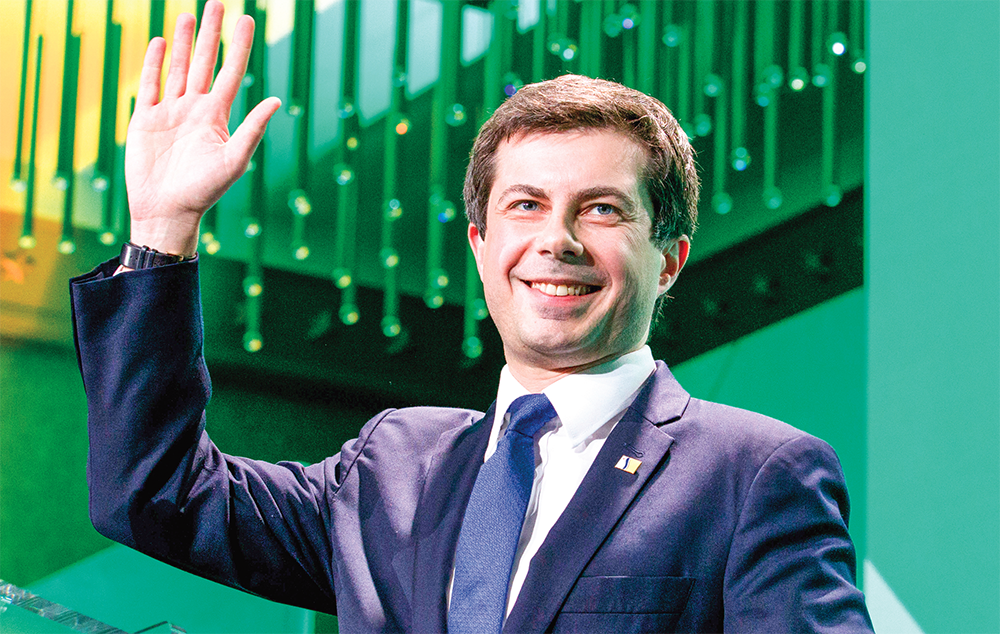 Buttegieg holds his own against other candidates

Warren adeptly deflected a question aimed at eliciting a fight between her and Sen. Bernie Sanders over whether a woman can be elected president. She also skillfully responded to a question of whether her qualifications to be “commander-in-chief” might suffer from a “weakness” when it comes to being able to “lead the military.”

Openly gay presidential candidate Pete Buttigieg took a soft hit when businessman Tom Steyer noted that Buttigieg was the same generation as Steyer’s four children and should be “standing up more” to oppose the destructive forces of climate change. When asked what he would do to help farmers and factories that can’t relocate to avoid the record flooding in Iowa, he rambled on about Indiana and Australia before offering a “national project to do something about it.” When pressed again, he offered “federal funds.”

No one asked Buttigieg whether his being gay might be an obstacle to winning a general election against President Trump. But after more than a year in the campaign mix, Buttigieg has succeeded: He is still one of the top four candidates with a chance to win in Iowa next month and still one of only six candidates who raised enough support to be on the stage for this week’s national Democratic debate — and he’s still openly gay.

Some pundits — including CNN, which hosted the debate with the Des Moines Register — said Buttigieg, Warren and Sen. Amy Klobuchar were among the “winners” of the debate. Other media suggested other winners. Fox News said Sanders, Vice President Joe Biden and Klobuchar. Scoring by 14 New York Times opinion writers suggested Warren did best, followed by Sanders then Klobuchar. (They put Buttigieg in fifth place.) Three Politico.com campaign reporters picked Biden.

What matters now is volunteers, dollars and perceived electability in Iowa. Winning the Iowa caucuses requires having supporters — as many as possible — show up at 7 p.m. to their local caucus site — one of 1,681 precincts — and express their preference of candidate. If some candidates get very few supporters, those supporters can then express their support for another candidate. Once groups have the minimum number of members, each can elect delegates to the county caucus based on the number of supporters in the group.

During a state Democratic convention in New Hampshire in September, Warren and Buttigieg demonstrated their campaigns had strong ground games.

The latest data from the Federal Elections Commission shows Sanders to be the top-dollar-raising Democrat, with $74 million raised thus far. Warren is in second place with $60 million, Buttigieg in third with $51 million, businessman Tom Steyer with $49 million, Biden with $37 million, and Klobuchar with $13 million.

The RCP average of the latest polls in Iowa show Biden with 20.7 percent, Sanders 20.3, Buttigieg 18.7, Warren 16, and Klobuchar with seven.

Buttigieg has rarely polled above single digit nationally, but his polling in Iowa suggest he has a chance to do well there.

With less than three weeks before the first voting, things could change quickly. Whoever wins Iowa will almost certainly get a big boost in the polls and in New Hampshire’s primary on Feb. 11.

Fivethirtyeight.com, the data analysis website created by openly gay statistics guru Nate Silver, calculates that, as of Tuesday morning, Biden had a 39 percent chance of winning a majority of delegates to the Democratic National Convention.

The statisticians used their newly created model to forecast, but Silver presented the forecast with a mountain of explanations and caveats and said it is subject to revision as the primaries and caucuses unfold.  █