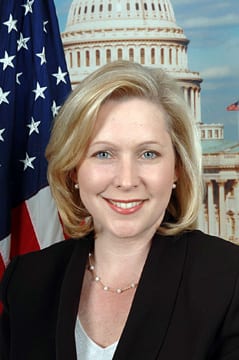 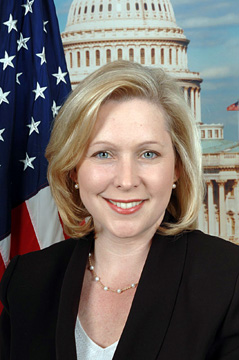 U.S. Sen. Kirsten Gillibrand, D-N.Y., said in a tweet on Thursday she plans to introduce a bill to protect trans military personnel from expulsion and exclusion from serving.
“To all trans men and women serving bravely in the military: I plan to introduce legislation to fight back,” Gillibrand tweeted on Thursday, Aug. 24. “We’ll keep raising our voices.”
Earlier this month, President Donald Trump surprised military leadership by tweeting a new policy to ban trans men and women from the military. Leaders of all branches of the military responded with their support for trans troops. Trump is reported to be preparing guidance to military leadership to implement the ban.
Apparently tweets don’t constitute official military policy or executive orders. However, Trump’s staff was expected to send a memo sometime today (Friday, Aug. 25) instructing Defense Secretary Mattis to implement the ban. OUT Service-SLDN has announced plans to file suit to stop the ban.