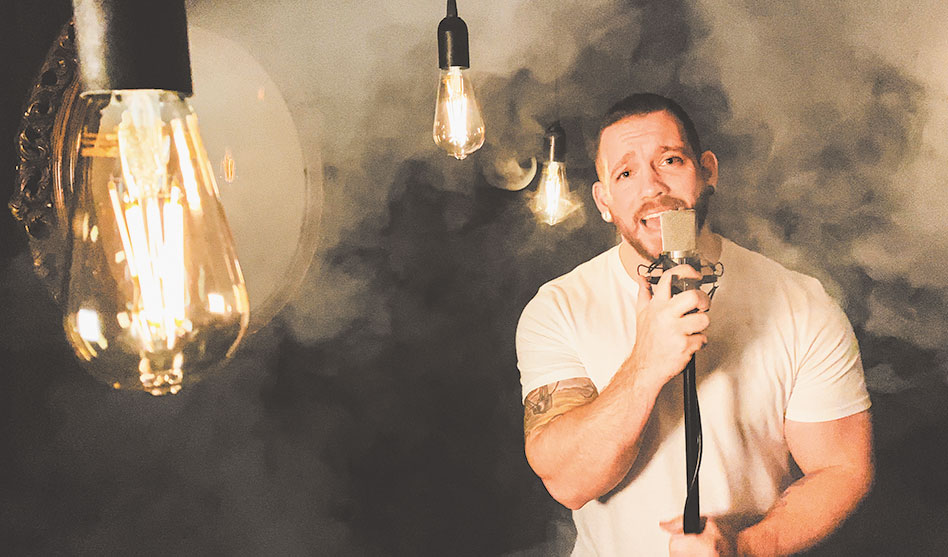 Pain can be a strong motivator for an artist, but Adam Noreen has been there, done that. A toxic, abusive relationship resulted in his 2017 release Futureland while he was based in Chicago. After a life overhaul which brought him to Texas, his upcoming EP Futureland II stems from the exact opposite kind of relationship.

Noreen got the buzz going on his new release, which drops April 9, by debuting the first single, “Crystal Mirror,” at the end of February. And he followed up with the March release of the second single, “9/18.” The night before the official release of Futureland II, Noreen will host a virtual listening party via Facebook on Thursday (see link below).

The 29 year-old talked by phone from Austin about the path that led him here to Texas and to this album and how, after a long break in music, the desire to create was far too long ignored.

Dallas Voice: Congrats on the new EP. At just five songs, you pack a lot in soundwise. Adam Noreen: It is much shorter in length; this follow-up has quite a bit of variety in sounds. We have acoustic, pop, piano, rock, and there’s even a ukulele tune that I think adds unique color. I am still very much carrying an emo tinge lyrically. The closing track “9/18” explores my current relationship and how it has positively impacted my life. In my opinion, this has my highest highs and lowest lows, and I am excited about that. 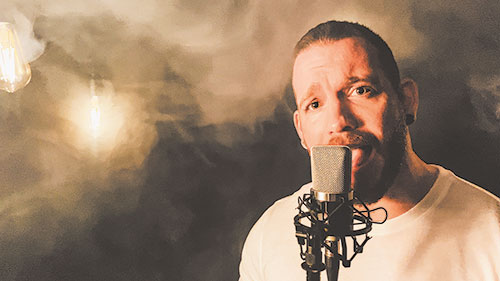 Do you mind us rewinding to the details about your first album which are important to this release? Not at all. I’m an open book.

You’ve mentioned before that the first album pointed to your previous relationship which turned out to be a less than happy time for you. Part 1 was written surrounding the events of an abusive relationship that I was lost inside of a few years back. That album was definitely a low note.

I could see his manipulation from the beginning. I thought we had a connection on the same things, but realized too late we didn’t. My ex was belligerent, often drunk and abusive. He had such anger, and he’d hit me, which, of course, was traumatizing.

After recording songs about all that, is it fair to say releasing Futureland Part 1 a catharsis for you then? It was therapeutic to explain some of the meanings and finally tell my truth.
Do you feel past that now — especially since songs kind of live forever? Absolutely. I feel like when I write a song, press record and finish it that I can bookmark that as a memory. It’s a cool thing.

Fast forward to today — what is life like now? Well, I moved from Chicago to Austin in 2017 after the album came out in January. I had to physically remove myself from there. I took a chance moving here because I didn’t really know anyone.

Was it a rough start? Yeah. I worked for Google but then was let go. I was much more social, but I was kind of living the Mean Girls version of my life and was ok being around drugs and purely physical relationships.

Where were you, music-wise? I hadn’t written at all. There is a big gap from then to March 2020. Then the pandemic hit, but I realized I was past all my previous emotions, and I felt distanced from it and recharged. I got a new job but worked from home, and I needed to figure out how to keep sane while in quarantine, and I began discovering things I wanted to write about. Plus, my current relationship really saved me from any spirals.

Describe Part II. I think it’s interesting as a follow-up but not the same length. When I finished the songs, I didn’t feel I needed to add more. And there are songs from Part I I wanted to reclaim with a changed perspective.

You decided to gain some traction early by releasing singles ahead of the album. On Facebook, you’ve stated that you wrote “9/18” for your partner which you released last week. But your first single, from February, “Crystal Mirror,” was altogether different. Can you talk about that song? The song is about me finding myself before I entered that abusive relationship. Before then, I felt like I was who I naturally was, and then I began a path of questioning. Writing these songs, I feel I’ve gotten back to who I truly am.

You pulled yourself out of a toxic and dangerous situation. What do you want to tell others who may find themselves in a similar relationship? I have seen my own friends in abusive relationships. You have to be keen to see those signs. When folks reach out to me, I think what I’ve come to realize is that people aren’t going to make the change unless they are ready. If I had to talk to anyone, I’d say trust your head and not your heart. Believe me, that is easier said than done.

Find more about Noreen and his upcoming virtual listening party on linktr.ee/adamnoreenusic.