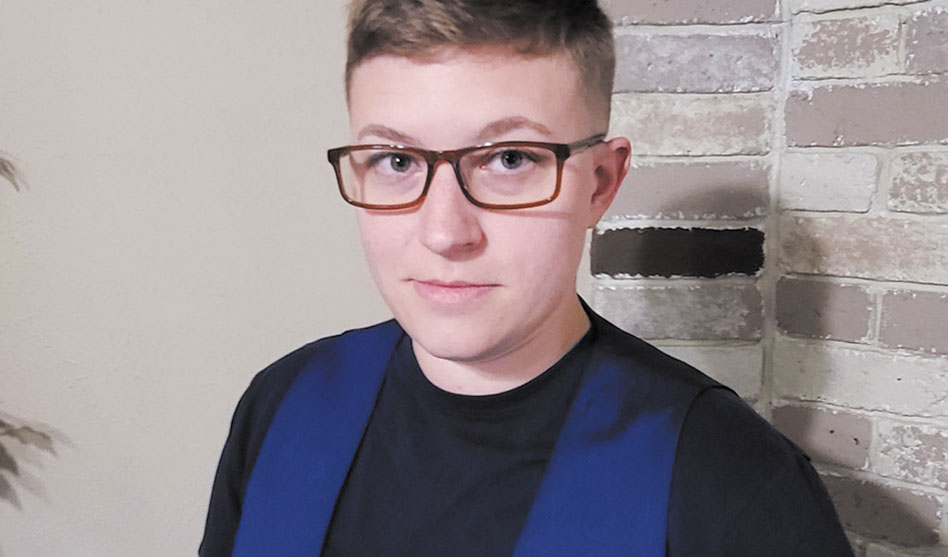 After news hit last week that the administration at MacArthur High School had removed heart-shaped rainbow stickers used to designate certain classrooms as “safe spaces” for LGBTQ students, and that the two teachers who had been sponsors for the school’s gay/straight alliance had been removed from campus, Irving ISD this week released a statement that says, “All students are welcome in Irving ISD, and our goal is to provide an accepting, safe and inclusive environment for every student, employee and family.”

It is an admirable goal, but as one LGBTQ student wrote, “We should not have to be on guard 24/7 while on campus in order to protect ourselves.” 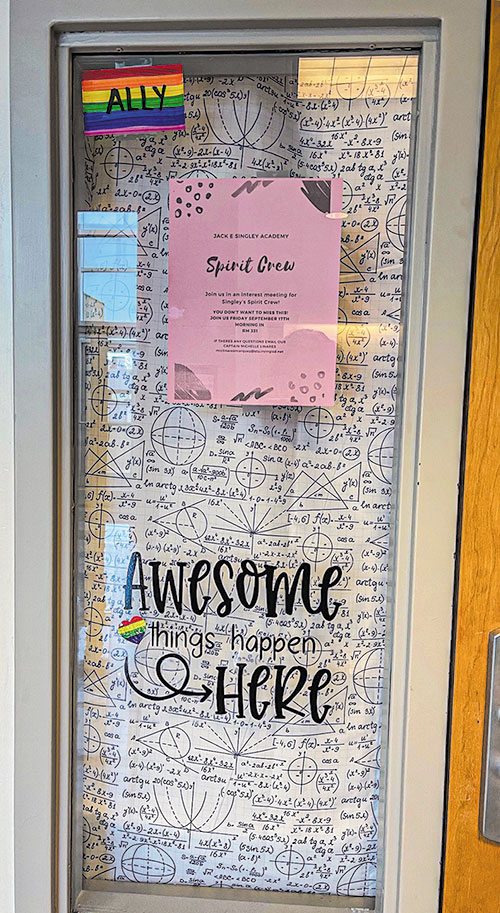 Another student wrote in response to the controversy that since the two teachers were removed from the campus, “I have been called more and more homophobic as well as transphobic slurs. It’s hard to want to come to school.”

At the beginning of this school year, Natasha Stewart, the new principal at Irving’s MacArthur High School, ordered janitorial staff to remove Safe Space stickers from classroom doors. The stickers were there to alert students that the teacher in that classroom is open to talk about a variety of LGBTQ-related problems from family acceptance to bullying in school.

Stewart claimed she was responding to new IISD policy. But the first new guidelines issued by the district came out on Aug. 30, and the stickers were removed the day before that.

Students, who noticed the stickers gone before the teachers did, asked the GSA sponsors and other ally teachers if they knew who removed them. On Sept. 2, Stewart told teachers she would set up an open faculty meeting to discuss the issue. That meeting still hasn’t happened.

Then on Sept. 16, Rachel Stonecipher was removed from her classroom in front of students. Stonecipher, who described herself as the only obviously lesbian teacher in the school, said she didn’t have a Safe Space sticker on her door, because she had a new classroom this semester.

A week later, a second teacher, another GSA sponsor, was removed from the school as well. That’s when several hundred MacArthur students walked out.

“Much false information has been provided with respect to ‘Safe Space Stickers,’ that has created a false narrative,” IISD wrote in a prepared statement released on Sept. 27. “Every classroom in Irving ISD is a safe space. The district expectation is that our classrooms are safe spaces for all students, and there is no option as to whether a classroom is or is not a safe space.”

Again — a good goal, but not the reality as far as a number of students who belong to the GSA are concerned.

“From the time I got to this school to now, I’ve suffered from students’ and a few teachers’ cruel words/actions,” wrote one student in a statement sent to Dallas Voice.

The IISD statement says the GSA “has not been and will not be suspended. Furthermore, rumors that the club has been prohibited from meeting and supporting fellow students are false in all respects.”

While the student group hasn’t been suspended or prohibited from meeting, its two faculty sponsors have been removed from the school, and IISD media office won’t confirm their employment status. Without faculty sponsors opening their classrooms for a club to meet, the GSA might as well be suspended.

One faculty member told Dallas Voice that Stewart told them had she realized there was an organized GSA on campus, she would have handled the stickers differently. This faculty member, who we are not naming because they fear retaliation, said that statements suggests that Stewart was looking for a group she could target so she could let everyone know she was the new boss.

In an announcement over the public address system meant only for faculty, staff and students after the walk-out but recorded by a number of people in the school, Stewart said, “I believe in the right to protest peacefully when you, No. 1, know what you are fighting for and, No. 2, when you are fighting for something you truly believe in.”

Was her implication that the GSA and its allies weren’t peaceful? Was she saying the students didn’t know what they were supporting? Or that they didn’t really believe in it?

Regardless of those implications, some who heard her words believe Stewart’s announcement proved that this was all about her, especially when she said, “What I don’t believe in is an intentional attack on a person’s character based on unfounded rumors, misinformation and misguided direction by anyone.”

The school district seems to agree with Stewart; policy stated in the IISD non-discrimination statement is “not to discriminate on the basis of age, race, religion, color, national origin, sex or handicap.” Sexual orientation and gender identity are not included.

Stewart continued in her announcement to the school that removing the stickers was simply a response to a new written IISD policy, but teachers in the school haven’t seen a policy that says to remove stickers, and the media office hasn’t provided that written policy to Dallas Voice.

The principal said there was no malicious intent behind removing the stickers. She’s clear that disrespect will not be tolerated, but she doesn’t address the increased bullying of LGBTQ students that has happened on her campus since she ordered the stickers removed.

Stewart also hasn’t addressed why only LGBTQ stickers were ordered removed and why this week she demanded a teacher remove a small Pride flag from inside her classroom.

While Stewart did make it clear that she didn’t want political signs and stickers in the school, she didn’t have posters for Ignite — a group that encourages young women to run for political office — taken down.

One teacher said she understood removing political signs from classrooms, but didn’t understand how framing ally-ship to LGBTQ students — or Black or Asian students or students not born in this country — was political. That teacher pointed out that MacArthur sits in the middle of one of the most diverse zip codes in the country and said her LGBTQ students are part of that diversity.

Parents have been calling the school about the GSA and about the two teachers who have been removed and have told other teachers at the school that Stewart is not taking their calls.

The IISD media office answered a call from Dallas Voice and asked for an email to receive the districts response. Our email asked for the official response (that was already posted on their Twitter page) but also asked how they were addressing the additional bullying to make students feel safe.

The media office hasn’t responded with either the official statement or an answer to the separate question.

In response to emails from parents, Stewart called the students “misguided” and “misinformed.” Students of the two teachers who were removed from class sat in the gym for a week without lessons and are now in classrooms with substitute teachers.

Meanwhile, despite the claim of a district-wide policy requiring removal Safe Space stickers, such stickers remain on doors in Irving’s Singley High School.

Equality Texas has asked for a meeting with the school district and school officials.

Resource Center has demanded the two suspended teachers be returned to the classroom, that the district develop a comprehensive, inclusive plan to support LGBTQ students, including a GSA on every campus, and that the district provide administration and staff training on LGBTQ identities and risk factors faced by LGBTQ students in Texas.

But since the focus should remain on the students, here’s what one wrote in a statement sent to Dallas Voice: “I want the teachers that made me feel safe and the places I felt safe back. These were teachers I was able to go to when I had problems, and now they are gone and so is my hope for this school.”