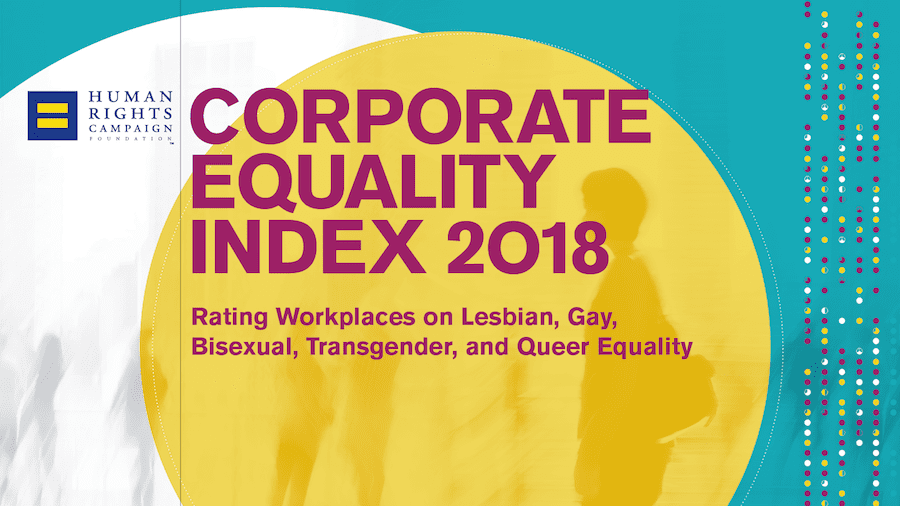 UPDATE:
After our post went up, Tra Raddohl from Wal-mart’s corporate communications office contacted us with the following statement:

We are proud of our work on LGBT-inclusive and nondiscriminatory policies. We’re disappointed with the HRC’s decision to temporarily suspend our score, which was going to be rated at 100 percent for the second year in a row. While we respect the HRC’s work, we are confident in Walmart’s leading practices that support our LGBTQ communities and look forward to further educating them on our policies.

ORIGINAL POST:
Human Rights Campaign suspended Walmart’s score of 100 on the Corporate Equality Index after Transgender Legal Defense and Education Fund successfully brought two proceedings to the Equal Opportunity Employment Commission against the company.
“One concern voiced by TLDEF and others is that good corporate policy must be matched by a commitment to enforcement,” TLDEF wrote on its website. “Sometimes, as with Walmart, the corporate policy does not necessarily reach to the shop floor, leaving transgender and other LGBT employees vulnerable to severe and pervasive harassment and discrimination.”
The CEI now lists Walmart with an asterisk next to its 100 score with a footnote that says the score has been suspended.
HRC hasn’t always balanced company actions with actual practice. Over the years, there were no complaints of discrimination by LGBT employees of ExxonMobil that were brought to the attention of Dallas Voice. ExxonMobil received a score of minus-25 for years until forced to recognize same-sex marriages by the U.S. Supreme Court. Other Dallas-based companies with scores of 100, however, had multiple complaints against them over that time period yet their rating stood.
In the Walmart case, HRC wrote, “These determinations pointed to significant enforcement gaps in Wal-Mart’s non-discrimination policy, specifically with regards to sex and gender identity.”
The score is suspended “pending remedial steps by the company.”
The two cases have ben cleared by the EEOC to move to litigation.