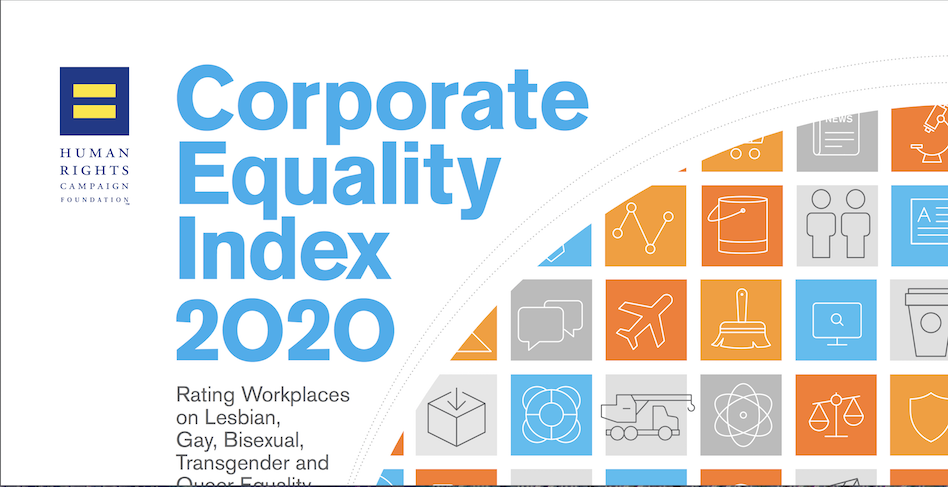 Human Rights Campaign has released the latest version on its Corporate Equality Index.

The CEI is a great place for people looking for work to find which companies treat their LGBT employees equally. For people already working at any of the 1,059 rated companies, they can see how their company compares to others in its category and see where its policies need improvement.

For example, Apple rates 100 and has for years, and its employees show up for Pride parades. But the company refuses to advertise in the LGBT press. Or while two local airlines both score 100, you may prefer the customer service of one over the other.

That’s not what this index ranks. It’s scoring employment practices and benefits.

DFW-area companies that were rated 100 include AT&T, Comerica, Southwest Airlines, American Airlines, Toyota, Ericsson, Fossil, Fujitsu and Celanese. So’s McKesson, which recently moved to Las Colinas from San Francisco and achieved 100 for the seventh year in a row. ExxonMobil gets an 85, up from its perennial minus-20, but it still lags behind Shell, Chevron, BP, ConocoPhillips and Marathon, all of which are rated 100.

Fort Worth-based Burlington Northern gets a miserable 30, but that’s a 10-point improvement over last year’s 20.

Tenet Healthcare gets an 80, which isn’t bad. But in this category we’re talking life and death: Not bad may be very bad.

Plano-based Dr Pepper improved from a 45 last year to a 70 this year. Big improvement but the competition — Coke and Pepsi — both score 100.