Have your passports ready 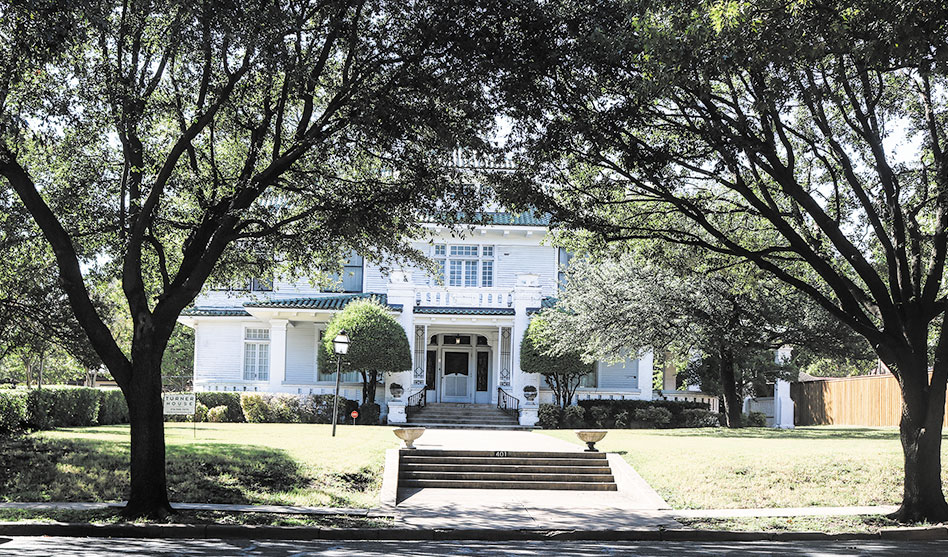 With Old Oak Cliff Tour of Homes still on pandemic hiatus, Passport Oak Cliff will raise funds — and fun — in the neighborhoods

Organizers of Passport Oak Cliff realized that, thanks to the ongoing COVID-19 pandemic, this wasn’t the year to re-instate the Old Oak Cliff Tour of Homes, the granddaddy of Dallas home tours. So instead, they put together something much bigger, safer and more original to raise money for the dozens of neighborhoods that make up Oak Cliff.

This year’s event features concerts, a carnival, neighborhood attractions, a movie screening, a block party with local vendors, gardening with a yards-of-the-month tour and an art fair.

Part of the interest in the old home tour was a look at Oak Cliff’s interesting architecture and terrain.

Architecture and history and drives through the hills will be included in this year’s event. And each day ends with a party offering raffles and prizes.

Passport Oak Cliff takes place Oct. 23 and 24 in at least 15 Oak Cliff neighborhoods. Visit as many as you can, because the number of stamps in your passport determines how many raffle tickets you get at the closing parties. 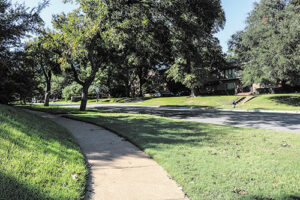 Heritage Oak Cliff Event Chair Trudy Newton said she was in California and took a tour of wineries that included a passport that was stamped at each stop. So when discussions about the home tour began, and the committee realized that the traditional tour wasn’t practical again this year, Newton described her winery tour.

Instead of wines, she explained, each neighborhood could feature something special about its area. Jim Hauck and the POC steering team developed and executed the concept.

A call went out to Heritage Oak Cliff’s more than 30 neighborhood members. Of those, 15 responded with a variety of ideas.

The El Tivoli neighborhood, nestled behind the Bronco Bowl — I mean, the Fort Worth Avenue Home Depot — is featuring its architecture. This neighborhood will be recreating its past across several porches featuring residents in period dress. To acknowledge that this was once a golf course, they’ll have a putt-putt setup and serve cold Arnold Palmers. Another property will be turned into a 1920s nightclub and serve wine.

If mid-century modern is more your taste, head down south of Kiest Park to Oak Park Estates. That neighborhood is featuring a tour of half a dozen of its Yard of the Month winners. Homeowners and volunteers will be on hand to answer questions.

Urban gardening is the theme of Wynnewood North’s backyard tour, which also features a scavenger hunt, a labyrinth, a lake, posters explaining the ship street name history in the area and a look at the neighborhood’s first home. 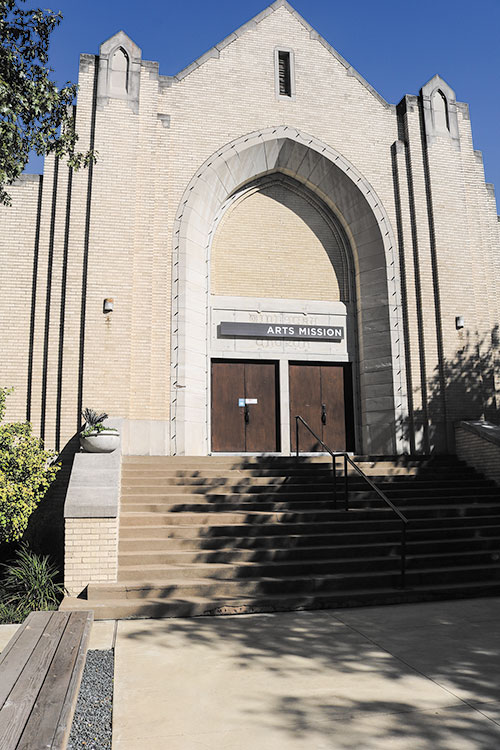 Elmwood, near Hampton Station, will feature a pop-up artist’s fair at Lowbrow Retro with art from local artists, a kids’ area and an interactive wall mural. Seasonal snacks grown at the neighborhood’s own Elmwood Farm will be served.

North Cliff turned a 1930s shopping center that had been abandoned for decades into a neighborhood center. For Passport Oak Cliff, the center will be turned into a carnival. One feature will be a “toss the bean bag into the clown’s mouth” game. The clown for the game was found in an antique store in Bishop Arts.

Concerts, held each day from 1-3 p.m., are an additional $25 and will be held at Arrington Roofing off Sylvan Avenue and Commerce Street, behind the Belmont Hotel.

Roofing? Well, remember this is Oak Cliff, and while Chris Arrington runs his roofing business out of the property, there’s a putting course and herb garden on the site that’s been transformed into more of an event center.

On Saturday, the traditional country band Sweatin’ Bullets performs. On Sunday, Happy Campers takes the stage. Arrington is one of the founders of that band.

Each day there will be a closing party from 4-6 p.m. — Saturday at Turner House and Sunday at the Oak Cliff Beer Company and Wax Space, both at Tyler Station. Food, drinks, prizes and raffles will be featured, and neighborhood grants will be awarded.

The hundred-year-old Oak Cliff Society of Fine Arts runs Turner House on Rosemont Avenue. The house is rented out for small events and OCSFA promotes the arts and historic preservation in Oak Cliff. This is a great opportunity to explore the century-old property.

Grants to neighborhoods will be announced. Previous grants have been used for everything from sign toppers and sidewalk repair to building pocket parks and helping turn an abandoned five-acre site on Mary Cliff Drive into the Twelve Hills Nature Center that will also be featured during Passport Oak Cliff.