I don’t like New Year’s resolutions. I never have. I feel like rather than leading to a brighter future or a “better you” or long term change of any sort, they lead to feelings of failure and regret. Resolutions are almost always overly grand and unspecific and, more often than not, entirely out of character for the person making them. And we usually abandon them. 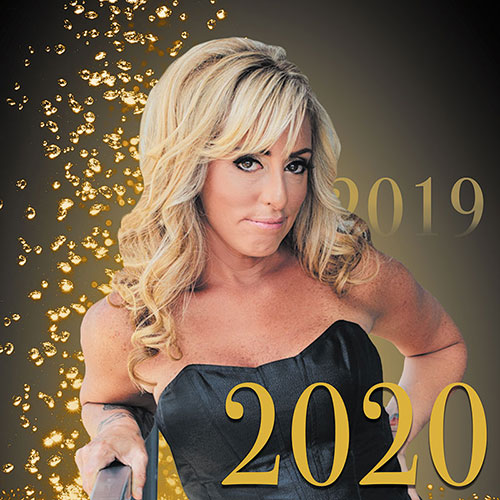 “I’m going to exercise every day,” says the person who has not exercised once in the past five years.

“I’m going vegan,” says the person who has enough meat in the freezer to feed a small country.

“I’m going to read every night instead of watching TV,” says the person who is the ultimate go-to when it comes to getting the scoop about each episode of every show from five streaming services.

Here’s the thing: A new year does not mean a new you. A new year means, well, a new year. It means a blank slate. It means an opportunity for change. It means a chance to do whatever it is you want to do and, equally, to not do anything that you don’t want to do.

Does it want to eat in? Go out? Go for it right there and learn from how your body responds. Learn to listen to what it really wants and needs. Go outside. Or don’t. Be with people. Or not. Do a project. Or skip it. But listen to how your body wants to engage with you.

Listen to your partner. What does she need? When was the last time you just sat and talked with no distractions? What has she been asking for or at least hinting at that has remained unfulfilled — more cuddling? More date nights? More shared hobbies? Hear her.

Hear not just the words coming out of her mouth, but also what she is “saying.” You have committed to being her partner. Commit to really hearing her, too.

Take her out or spend time together at home. Play a game or read together in the quiet. Watch a movie or listen to the radio.

Whatever you choose, pay attention. She’s telling you what she wants and needs even if indirectly. But you have to listen in order to hear.

Listen to the world. It needs us right now. It needs us to recycle and vote and clean up the beaches. It needs us to stand up for it and for one another. It needs us to speak up and speak out and be woke to where we’re going. You don’t have to resolve to make a call or write a letter or march Washington every day. But heed what the world is telling us.

If it’s asking you to vote in an election, vote. (Vote even if it’s silent.) If it’s asking you to make a call or not use a straw or take in a shelter dog or speak for someone who can’t, do it. Don’t make promises for the future. Just do the one thing the world is asking of you right this minute.

I don’t like resolutions. I think they are driven by peer pressure and fear. Everyone else is doing it and so we should, too. We’re afraid that we’re missing out or not doing life “right” or wasting our time on the planet. I think they make us think we have to be different or new every year. But we don’t. We don’t have to do anything really. But if we want to live fully, what we can do is listen and hear and take action when the call comes.

It’s amazing how often we ignore our bodies, our partners, our world at large — how often we ignore our heads and hearts and spirits. Humans are amazing creatures. We know. We just sometimes don’t want to do what we know. But we are equally as stubborn as we are amazing. So, this year, how about not promising to suddenly turn into someone we’re not and instead committing to the simplest act that has the greatest power in our lives: listening.

This year let’s tune in. You will be surprised at just how wonderfully that can make a year — and a life — turn out. And have a happy New Year!

Send your comments and questions to GirlOnGirls@gmail.com.