Jenny Block on the power of conscious uncoupling

I remember rolling my eyes when Gwyneth Paltrow announced that she and her husband were going through a “conscious uncoupling.” “Hollywood,” I muttered under my breath. “Come on, Gwyneth. You’re getting divorced — just like the rest of us peons.”

But as I watch so many friends and family now going through nasty battles over children and money and possessions, I realize that although Gwyneth is wrong about putting jade eggs in your vagina, she’s right about ending a relationship with kindness, respect and personal awareness.

When it came to ending my own 20-year marriage, I was acutely aware of how it would affect my then-18-year-old daughter and my now-ex-husband, as well as how it would affect me. I wanted us all to feel as safe and as loved as possible. I didn’t want anyone to feel taken advantage of or like a victim. I wasn’t interested in the blame game because there was none to play.

Handling the dissolution of our marriage as more of a conscious uncoupling and less of a divorce has served us all well. No amount of money would be worth battling over our daughter or risking her mental health (or our own).

And now, three years later, we are all the better for our decision to make kindness rather than resentment be our guide.

So I feel deeply saddened by what I’m witnessing. Spouses trying to take custody of children or refusing to pay child support or maligning their exes, all in the name of money and revenge. Here’s the thing: When you do that, it speaks volumes about you and says next to nothing about the person you are lashing out at. 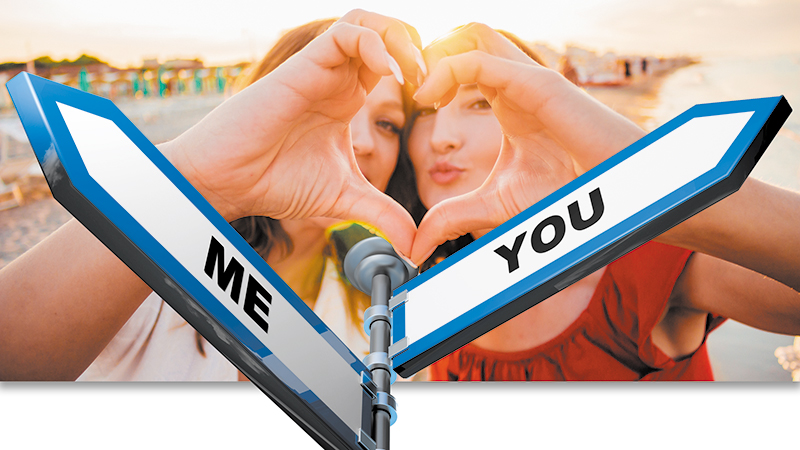 Part of me simply doesn’t understand that urge. At some point, the two of you loved one another enough to commit your lives to each other. Now, you are willing to rip one another limb from limb, figuratively if not literally. I get it. You’re sad and angry and probably a little lost. But this won’t help. Trust me.

It will hurt. It hurts you. It hurts your soon-to-be ex, and it hurts those who love either or both of you. Breaking up should be treated as consciously, if not more consciously, than getting together. Why? Because being apart is 99 percent more likely to stick.

I get that things are different now. Maybe there was infidelity. Maybe there was indifference. Maybe there was change that pushed you apart rather than pulling you together. But somewhere inside you both is the couple that once was and the two people who loved one another and wanted this coupling more than anything, and that deserves a continued respect even as your relationship ends.

Besides, do you really want to be that guy? The one who dragged his ex to court frivolously again and again? The one who demanded what really wasn’t hers? The one who used the children as a weapon? Is that who you want other people — future partners, friends, relatives — to see? Is that who you want to be? If nothing else, be conscious enough in your uncoupling to save face. It’s always better to come out looking like the good guy. Better yet, it’s better to be the good guy. Always.

One friend’s ex is taking her to court quarterly with new accusations and requests that he knows will be shot down.

Why? Simply in an effort to bankrupt her. Another friend’s ex is keeping meticulous records of when she has the child and it’s the other spouse’s turn, in hopes of one day gaining full custody. Another’s ex is asking for half of my friend’s estate, despite the fact that they were married for only 18 months. It’s shameful and ugly and foolish.

Because no matter how you look at it, this will come back to haunt those folks.

I try to live every day of my life — heck, every moment of my life — as consciously as I can. I don’t always do it perfectly. Sometimes I don’t even do it particularly well. But I try my best. I think that is what we must ask of ourselves. We must do our best and be our best even when we’re sad and hurt and lost. At the time, it will be hard; being the bigger person often is. But in the long run, it will serve you well.

You loved them once. You cherished your relationship once. So love yourself enough now to behave like the good person you are instead of the hateful one your pain is asking you to be.

Send your questions, comments or suggestions to GirlOnGirls@gmail.com.