Conga queen Gloria Estefan on her daughter’s coming out, openly discussing it for Red Table Talk and why being accepting is not enough

She admits it took several painful years, but gay icon and Latin pop trailblazer Gloria Estefan is now in a “really good place” with her 25-year-old daughter Emily, who is openly queer. After working on their relationship in therapy, the two are continuing those conversations during the Facebook Watch series Red Table Talk: The Estefans, which also features Gloria’s niece, Lili Estefan.
The show comes on the heels of Gloria’s latest album, BRAZIL305, which was released in June. The legendary singer-songwriter’s first album in seven years features re-recorded, Brazilian-inspired versions of her hits, including “Conga” (redone as “Samba”), “Cuts Both Ways” and “Rhythm Is Gonna Get You.”

Gloria collaborated with Emily, who graduated from Boston’s Berklee College of Music and released her debut album in 2017, on several songs for the series, including its apt theme, “Let’s Talk About It.”

It’s true that Red Table Talk: The Estefans gets right to the heart of the matter, with the second episode focusing on Emily’s sexuality. The episode is an emotional bloodletting. Emily confronts the icon about her reaction when Emily came out to her: “I was like, ‘Hey, I’m in love with this girl,’” Emily says to her mother about her relationship with partner Gemeny Hernandez. “The first thing you said was, ‘If you tell your grandma and she dies, her blood is on your hands.’”

During the episode, Gloria tells Emily she’s remembering the conversation “in a different way.”

“So I think it’s kind of fitting that we are literally at the table and sharing it with everyone.”

Dallas Voice: I have to say, with this second episode of Red Table Talk, there’s a lot to unpack here. You’re probably still unpacking it yourself. Gloria Estefan: Well, you only saw 30 minutes of a two-and-a-half-hour conversation. I really would’ve been happy just continuing the conversation. Emily and I have spent a lot of time going to therapy together during these years just trying to learn how to talk to each other, and dealing with the loss of my mom, her grandmother; that was brutal. I studied psychology and up till now hadn’t needed therapy, but the hole I was in was really big when I lost my mom, so it was all the same time.

Dissecting the fact that you’ve been a gay icon for decades, this is surprising news to anybody who has revered you as such. But surprising why? Well, from Emily’s perspective and what was said from you to her regarding abuela. Oh, well, like I said, in the show she’s remembering things from her pain and perspective; I did not tell her that. And that was definitely not said. I wanted people to listen to her music just as music, because I know how this world works, and when I said that to her, what she heard was, “Hide, cover up.” And that’s why I had told her, “If you want to get on the [gay Pride] float, I’m there with you.” 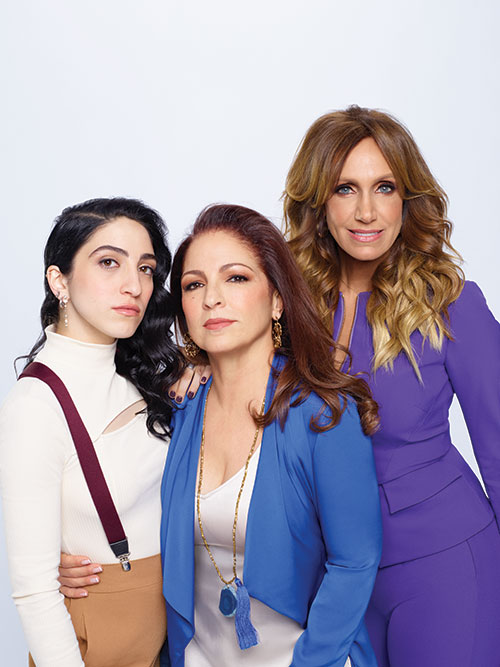 Were you concerned knowing that if what Emily thought you said was made public, it could impact your relationship with the LGBTQ community? Look, it’s always a concern when you put out your thoughts on anything or on something personal because there’s no way that anyone is ever going to see every conversation that Emily and I had, because that’s the only way that you can really judge.

To us, it was a non-issue that Emily was gay. It was a non-issue. And the rest was me trying to protect both women that are the most important women in my life. That’s the reason we’re having these conversations, because we know that people in their homes and families are going to put it in their own world and do with it what they will. But we decided that we were going to be honest. And you can’t fake real.

What do you hope parents of LGBTQ kids hear and apply to their own relationships with their kids? I’m hoping that conversations get started. We know the importance of being supportive. I was incredibly supportive of Emily. But it’s a complex thing because our kids are going through so many things, they don’t know sometimes who they are or what they may be feeling.
I was the grand marshal of the gay Pride parade! So I’m thinking, like, “Absolutely she would tell me [she’s gay] if she were; why wouldn’t she?” I just hope they realize there’s only love here. Only acceptance. But honestly that word “acceptance” to me is rough because I don’t have to “accept” that Emily is gay.

What do you think it says about society that you, a longtime gay icon who did a video for the It Gets Better campaign, wasn’t the safe place her daughter needed her to be, or that her daughter didn’t perceive her to be? It killed me, because I was a safe place for her. I just think that she was really in a lot of pain. But listen, she felt that just because she’s a celebrity’s kid, too. Because it’s only recently that I found out that she was bullied in school, like most people I guess are, which is terrible because I was never bullied in school. And just because you’re a celebrity’s kid … they bully you just because of that. They want to knock you down a few pegs.

Cher struggled with Chaz being transgender, and she’s been very open about that struggle. Like that relationship, your struggles with Emily really do shatter the illusion of what it’s like to be the child of a celebrity. They put that on themselves also, just as a musician — forget as a gay person. Emily didn’t even sing until she was 18, even though she is the most amazing singer. But she wouldn’t touch it with a 10-foot pole because she thought, “Oh god, people are going to expect [me] to sound like [her], to look like her.” There were a lot of expectations that she really had a rough time just being herself, and all I would tell her was, “Mama, just be yourself.” 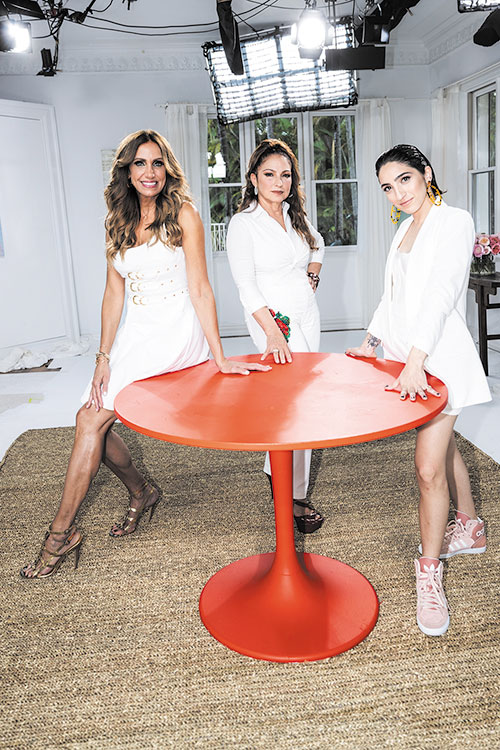 As parents, you hope to think you know your kids. But sometimes, like when I did the It Gets Better campaign, so many kids that committed suicide, the first reaction was, “The last person we thought would do that was them,” because of the way they presented to the world, where inside they had all these things going on. That’s why, to us, it’s important to start these conversations because we don’t really know unless we talk about it, unless we ask, and unless we’re willing to take the risk of putting who we are out there.
You know, I hope that the LGBTQ community understands it for the way that it’s intended. And I didn’t have to “accept” Emily because Emily is my daughter. I love her.

What was it like to feel all this love from the LGBTQ community but not from your daughter when you were experiencing so much tension with her, and a lot of it was regarding her sexuality? Well, for me, it was just hard to understand. And that was the main reason that we went into therapy, because I kept saying, “But I don’t understand what the issue is.” We opened our arms to Gem and to Gem’s family. But every human being is a world unto themselves, and even through therapy, when I would try to communicate my feelings, I think she had prepared herself for battle.

It was hard for both of us to correctly find a way around the emotion. That was the hard thing. And on top of that, we’re Cuban. So that’s even harder. Because oh my god, for Cubans to get around an emotion is very tough.

You’ve been surrounded by the LGBTQ community for decades, but have you learned anything new about the queer experience through Emily? I learned what I already knew: that regardless of how things change and how it may be legal to get married, it’s still difficult for our kids because there’s pressure, there’s bullying and now the web and social media. People spew hatred so easily behind an anonymous name. So even though society has become more open and more accepting about everything, now there’s a whole other angle where people can get to you and spew their hatred right at you.

What the music that you’ve worked on with Emily sounds like, and what that kind of collaborative process is like working with her? That was so incredibly special. To me, any time I can sing anything with Emily, it’s incredible. Funny enough, when we were in the studio listening to the takes, sometimes we ourselves couldn’t tell who was singing what line because when we sing together [the] textures of our voices are very similar, even though she’s got — I wish on a good day I could do 10 percent of what she can do musically. But it was wonderful, and we chose songs that went with the subject matter of the episodes.

I have a piano in my house and the song that she wrote for On Your Feet! (the jukebox musical based on Gloria’s life), her and I wrote it together. But listen to how it came about: She wrote that song when she was a freshman in high school. She said, “Mom, I have a homework assignment that I have to do, and I have to write a pop song, and I wrote this, and I want you to tell me what you think.” So, she plays me the song, and I said, “You wrote a hit song, that’s a hit song.”

Cut to senior year in high school: I’m elbow-deep in the letters from my fans after the accident (Gloria was injured in a 1990 bus crash) in the warehouse trying to put [them] together for Alex Dinelaris, who wrote the book, and he calls me and he said, “I’ve got the scene that’s gonna be the original song.” He tells me what the scene is, and all I could hear in my head was a song Emily played me twice three years before.

This interview was lightly edited and condensed for clarity