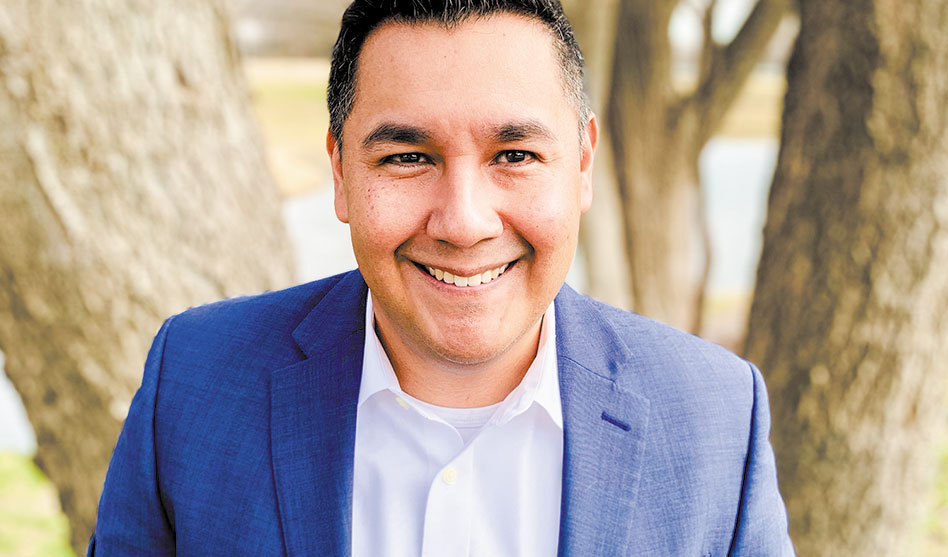 Jason Vallejo received a call from a school counselor who said he had a young man in his office just four months away from finishing his master’s degree at UT Dallas. But the young man had just come out, and his father had ordered him out of the house by that weekend.

Vallejo left DHC when his husband was offered a job in Austin. But they are back in DFW now, and Vallejo has decided to try to fill a niche in the array of organizations addressing LGBTQ youth homelessness — emergency housing. So he’s started Elevate North Texas to provide emergency shelter for LGBTQ youth ages 18 to 24.

Vallejo said every study of the homeless adult population shows that most chronic homelessness begins during that young adult period. Breaking that cycle is a critical step to meaningfully address the problem.

When Vallejo and his husband returned to North Texas, they moved back to Plano. One day Vallejo was out walking in downtown Plano and came across a 21-year-old sleeping in a field near Haggard Park. “I saw him laying there,” he recalled. “I didn’t know if he was dead or alive.”

The young man was, in fact, alive. He told Vallejo he had spent time in a shelter but didn’t feel safe there. Vallejo was able to get that young man into a housing program through CitySquare, but he knew he had to do something about the problem. So he set about creating the new organization.

That’s more young people than there are beds available for homeless youth nationwide.

Many in the 18-24 age range come out of the foster system. At 18, foster youth are suddenly out on their own, even if they’re still in high school. “The most common thing you see,” Vallejo said, “is a kid with a black trash bag filled with all their belongings.”

Vallejo’s calling to serve those in need is rooted in the knowledge that those homeless youth could easily have been him: He went to seminary school and was the pastor of a Full Gospel Church in Victoria. But when he came out, he was out of a job within weeks. And Vallejo’s husband’s father stopped talking to his son when his son came out. They haven’t spoken since.

But for both him and his husband, Vallejo said, “We’re both grown and have a foundation” that helped them get by. “What about kids who come out?”

But he’s looking for more hotel managers who would like to participate throughout North Texas. He said LGBTQ youth homelessness occurs everywhere, not just in Dallas. And if someone was just thrown out of their home in Fort Worth, it’s not practical to send them to a hotel in Plano.

But Vallejo sees these hotel stays as temporary, lasting no longer than a month. During that time, the youth would work with Elevate staff and volunteers to get stabilized and make a plan. And, Vallejo said, his rules are fairly strict.

Next is the host home program. Vallejo is looking for volunteers with an extra bedroom where a youth may live for up to four months. To participate, Vallejo said, volunteers would go through training similar to foster care training and would go through background checks. They would also have to have homeowners insurance in place and have legal agreements signed.

But Vallejo wants to make sure to make a good match. The potential host and the youth, who would already have been through the emergency program, would then meet over a meal to see if they clicked.

But could this model work?

Vallejo said he’s been working with Point Source Youth, a New York City organization that has experience with LGBTQ emergency housing. He’s gotten everything from rules and contracts to orientation meetings and marketing ideas from them.

Their programs, he said, have made a difference and work well.

The third facet of Elevate’s program is reunification. Just as the foster system spends the first year trying to reunite children with their families, Vallejo believes a number of homeless youth could be reunited with parents after some counseling. Or maybe they can find a place to get a fresh start with grandparents or other relatives.

Elevate hopes to raise $20,000 to get these programs off the ground.

Volunteers are needed to make Elevate North Texas work. In addition to home housing hosts, Vallejo said he needs volunteer case managers, who don’t need to be certified but will be trained, and counselors, who do need to be licensed. With Zoom, he said, counselors don’t even need to be in the DFW area.

Other volunteers he’ll need are drivers to take youth to appointments, such as doctor appointments or to get their IDs. He’ll also need tutors to help youth get their GED, volunteers to conduct supply drives and others to help with administrative work.

For those who want to help him make a difference, Vallejo will find them a way to help.

For more information, to volunteer or to make a donation, visit ElevateNTX.org.