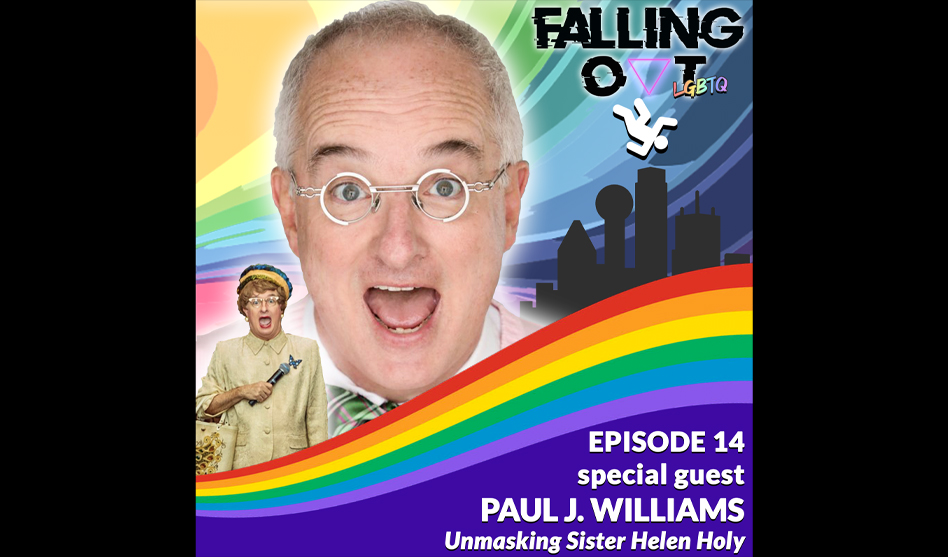 Paul J. Williams is a beloved comedian in the Dallas area whose character creations have taken the world by storm. After starting with a singing telegram gig, Paul ventured into sketch comedy and found himself in the stand-up game in New York in the 1990s. Best known for his alter ego, Sister Helen Holy, Paul has seen ups and downs in his life and has faced challenges that most can’t imagine. His career has spanned more than four decades and shows no sign of stopping. Brian and Colman sit down to unmask the character and get to the heart of Williams.

Williams is a gifted comedian, actor and singer based in Dallas. As a comedian, he has appeared on countless cruises, multiple comedy clubs across the U.S. and on the MTV/LOGO Network comedy special, ONE NIGHT STAND UP. But, he is most well-known for his “altar ego”, Sister Helen Holy. As a classically trained tenor, Paul J. has performed with the New York Choral Artists, Orpheus Chamber Singers and Turtle Creek Chorale. As a hobby, Paul is a classic car buff and currently owns a 1970 Buick, “Joan Riviera,” which has won multiple awards.