Equality Texas: Pre-emptions and religious refusals are this session’s battles 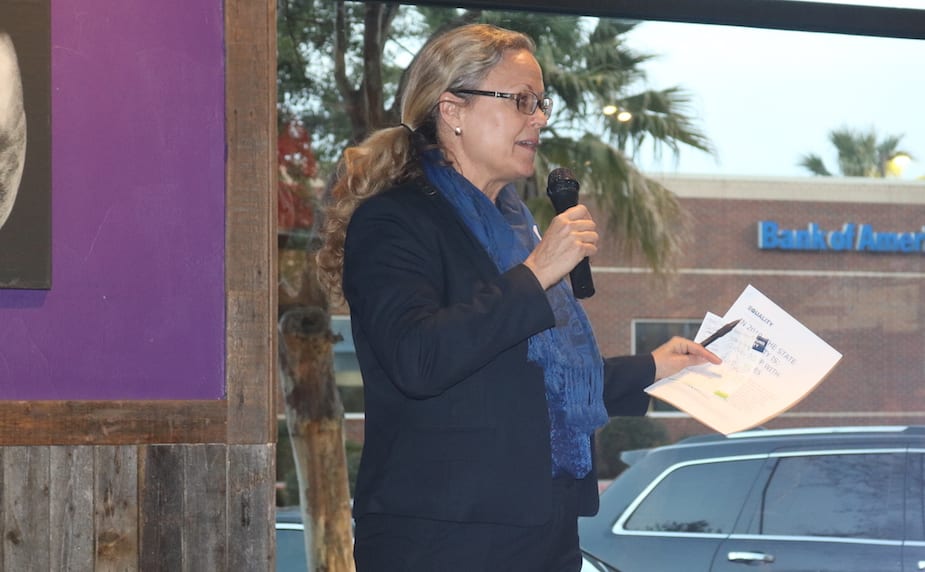 Equality Texas Interim Executive Director Sam Smoot said Thursday evening (Feb. 28) that there are two battles being fought by the LGBT community during this session of the Texas Legislature: pre-emption and religious refusals. She spoke to a group of supporters about the current legislative session at Cedar Springs Tap House.

Religious refusal bills use a twisted interpretation of the Bible to excuse discrimination, Smoot explained. “Faith leaders need to speak out” against those efforts, she said.

Smoot called these bills a “special class of rights for people who believe our community shouldn’t exist.” Even though there’s no bathroom bill this session, she said, “they’re coming for us.”

But the good news, she added, is that the November election scared the opposition.

“You did your work and elected really good people,” Smoot said. “The establishment in Austin got the message — don’t pick on the queer community.”

She mentioned several good bills that have been filed including an omnibus nondiscrimination bill and one that will add gender identity to the hate crime law.

“Elections matter,” Johnson said, noting that state Rep. Tony Tinderholt of Tarrant County has filed a bill to restrict abortions, and that bill will be heard by a committee she sits on. Johnson assured the audience that her vote will be quite different than what her predecessor’s would have been.

On March 18, Equality Texas is sponsoring an advocacy day. Smoot and Johnson urged people who are able to come to Austin to speak to their representatives. Those who can’t, they urged, should call their representatives and tell them their position on religious exemption and pre-emption bills as well as their support for nondiscrimination and reparative therapy bills.