Striking, talented Miles Howard does it all 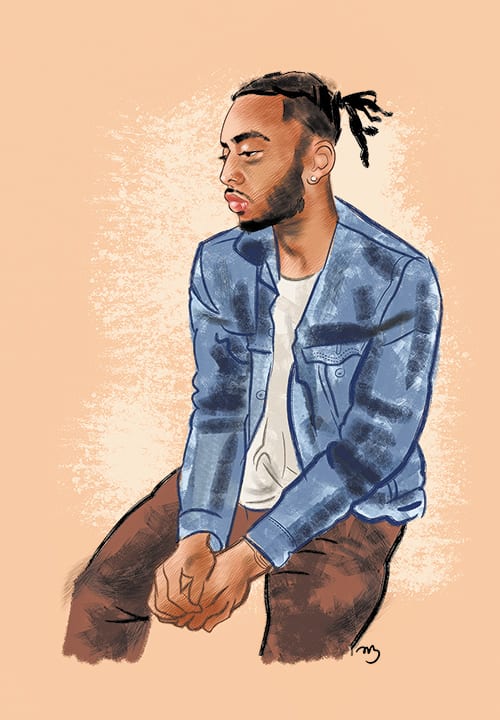 This handsome French Creole is the youngest of two sons born in the U.K. to military parents. His father was a well-known DJ in the army, and turned him on to music like Earth, Wind and Fire and Kenny G. At 16, he entered into a modeling contract with American Model Search. With the support of his parents, Miles began pursuing a career in acting, started auditioning, and building up his resume. Miles was always into cinema and he lost himself in movies. He was in theater arts in high school in San Antonio, while also pursuing an interest in music/film editing and audiovisual production.

Man of action: His acting career is blossoming, with recent roles in commercials for Mountain Dew and Anheuser Busch. He appears in the web drama The Beginning and Ending of Everything and has shot his first feature film, Jules of Light and Dark, with an expected release later this year. Miles is an ambassador for Acting, Modeling Talent for Christ. He is currently an indie and hip-hop artist performing under the alias Trill Miles.

His goals include to grow an audience for his original music, and to find more work as an actor. He wants to contribute to art and make a living with his art.