Don Maison is retiring from ASD 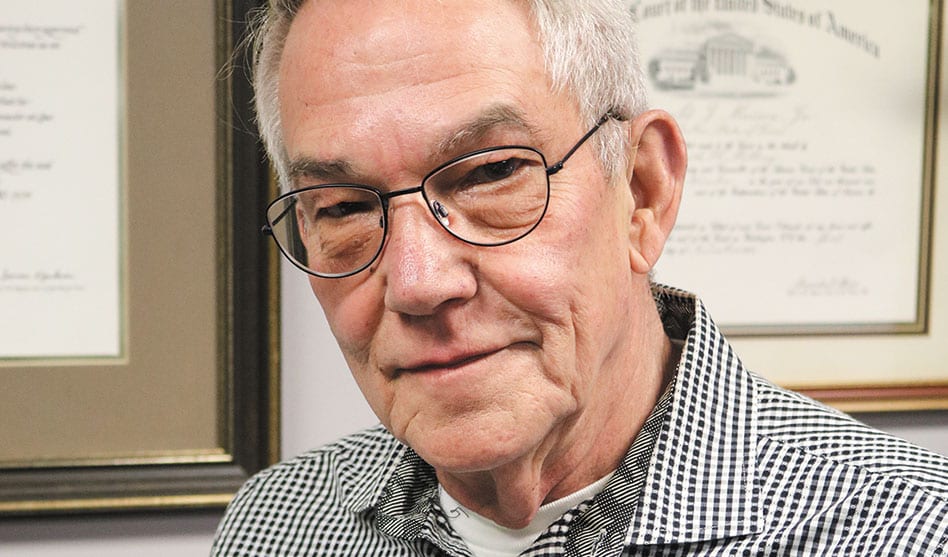 No one else in the U.S. has served as CEO of an AIDS service organization as long

AIDS Services of Dallas CEO Don Maison said this week he thought this would be a good time to announce his retirement.

With the agency acquiring an apartment complex near its four other Oak Cliff properties and taking over a housing program from the city, ASD has never been busier.

But after 32 years at the helm — longer than any one person has run the same AIDS agency anywhere in the U.S. — Maison decided it was time to pass the baton.

Tras Livingston, who has been ASD’s chief operating officer for the past seven years and has worked in affordable housing for 20 years — will be interim CEO as the board searches for a new leader. Livingston is among those applying for the permanent position.

Business as usual at ASD
In many cities, new HIV diagnoses are decreasing; New York City, for example, has seen a dramatic decrease in new infections — as much as 60 percent in the last four years. But in Dallas the rate of new infections is going up. Livingston attributes that in large part to the refusal by the state of Texas to expand Medicaid. That refusal, he said, means fewer people already infected have access to the medications that could control their HIV, meaning they are more likely to pass the virus on.

“Housing is a health indicator,” Livingston said. “In New York, a landlord can’t turn away a housing voucher.”

Without permanent housing, people living with HIV are much less likely to remain compliant with their medication and more likely to spread infection, Livingston said, adding, “People’s lives are improved when their housing is stabilized.”

Which is why, Maison said, ASD is increasing the number of affordable housing units the agency has available. He said the newly-acquired complex at 511 N. Lancaster Avenue will be renovated to provide long-term housing for current ASD residents that are ready to live independently.

Looking back
When ASD was created as PWA Coalition of Dallas in the 1980s, few people diagnosed with AIDS survived for long. Maison has framed photos of groups of residents through the years at ASD’s Ewing and Revlon complexes. He pointed to one picture — the first group of Ewing residents — and said they were all gone. In one of the other photos, he found one person he thought had survived.

Over the years, HIV has gone from being a death sentence to being a survivable chronic condition. And as proud as he is of the care each resident who didn’t survive received, Maison is just as proud of some recent ASD residents’ success stories.

“One resident was a truck driver,” Maison said. When he became HIV-positive, he lost his job and his housing and moved into an ASD residence. Now, though, “He got stable with his meds and got his CDL license back. He got his own apartment, and he just bought his own rig.”

Maison smiled as he thought about how far we’ve come since the dark days of the AIDS crisis. But he disagreed with the description of Ewing or Revlon ever being places people came to die: “This was never a sad place,” he said.

The care at ASD was always top notch, Maison continued. In the early days, he said, he hired two refugees who had been doctors in their home countries. Until they returned to medical school in the U.S. — at Maison’s urging — they served ASD residents as health aides.

He also recalled how Ewing’s units were first furnished and decorated by different groups and individuals. The most famous — and most sought after — apartment was the bubblegum one designed by Patti Le Plae Safe. The walls, carpet and furniture were all bright pink — and there was a waiting list of residents who wanted to live there.

Maison said he will miss ASD’s staff and residents when he leaves. What’s just as obvious is how much they’ll miss him, too. For lunch, he often goes to one of the residence dining halls. Residents sit at his table and chat with him about their lives and ask about his as they eat. When the table’s full, others stop by just to say hi.

His volunteers are just as loyal. Maison introduced the man serving lunch at Ewing on recent Friday as a volunteer who’s been behind the lunch counter every Friday for more than 20 years.

Taking the reins, making a difference
Maison said when he took the top position at ASD 32 years ago, he could have been very idealistic about it all and try to do it all. But if he had, he knows he would have burned out quickly.

Instead he decided ASD would do one thing and do it well: “I knew I wasn’t there to find a cure,” he said. “I put blinders on.”

That led to the development of what was seen from the beginning as a model for AIDS housing around the country, and ASD became the first AIDS housing organization in the U.S. to receive a MetLife award for excellence in affordable housing. 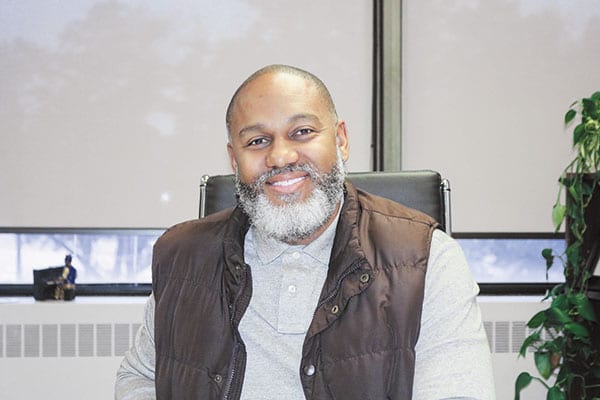 A book published in 1991 about AIDS housing around the country featured ASD. Of course, the best part of the rough draft was a description of Maison as “flamboyant, chain-smoking, irreverent and obnoxious.” That was removed from the final version.

When founders Mike Merdian and Darryl Moore hired Maison, they chose him over almost 100 others who applied for the position because, for one thing, they liked his legal background. In his 13 years practicing law before becoming ASD’s CEO, Maison had developed a name for himself as a civil rights attorney.

Maison made a name for himself when he represented defendants when Dallas police raided the Village Station dance bar in 1979 and arrested a number of men for lewd conduct. The claim was the men had touched each other while dancing.

But the officers’ testimony seemed fabricated, and they couldn’t describe accurately what they had seen. So Maison had plans for the bar delivered to the courtroom and used them to prove that from where the officers testified they had been standing, they couldn’t possibly have seen the men touching each other on the dance floor.
Since the officers were obviously lying, the cases were dismissed.

Maison joked that after winning that case, he was known as being “board certified in public lewdness.”

During the case, DPD officer John W. Przywara bragged to the Dallas Times Herald that he loved to bust homosexuals because police had the gays”over a barrel.” Once Maison got the Village Station case thrown out of court, that was no longer true.

The case began when Southwest Airlines applicant Gregory Wilson was told he wouldn’t be hired because “you’re the wrong sex,” and he filed a class action lawsuit.

Southwest sent a large team of attorneys into court, so Maison asked Ken Molberg, who was recently elected to the Texas Fifth District Court of Appeals, to join his “team.”

On the first day in court, attorneys for Southwest Airlines referred to its employees as stewardesses. Maison said he knew right then that he’d win, because Judge Patrick Higginbotham told them, “You will refer to them as flight attendants in my court.” Maison eventually scored the victory, and Southwest began hiring male flight attendants and ticket agents — but not before the case went back and forth on appeal for years.

AIN CEO Steven Pace, whose history administering AIDS agencies goes back even farther than Maison’s, said Maison’s retirement is a big loss to the community. “Don brought about a model that’s respected and widely used across the country,” Pace said. “He’s provided a safe space and safe place for people to live.

Pace said in the priority of people’s needs housing comes out on top, and ASD’s comprehensive approach to care promotes good health for its residents.

“Don brought it from its grassroots beginnings into maturity,” Pace explained. “And he’s kept HIV and AIDS on the agenda nationally.”

Mostly, Pace said, he is sad for the residents of ASD, who are losing not just a CEO, but a friend: “Don cares, he’s interested and he knows the people,” he said. 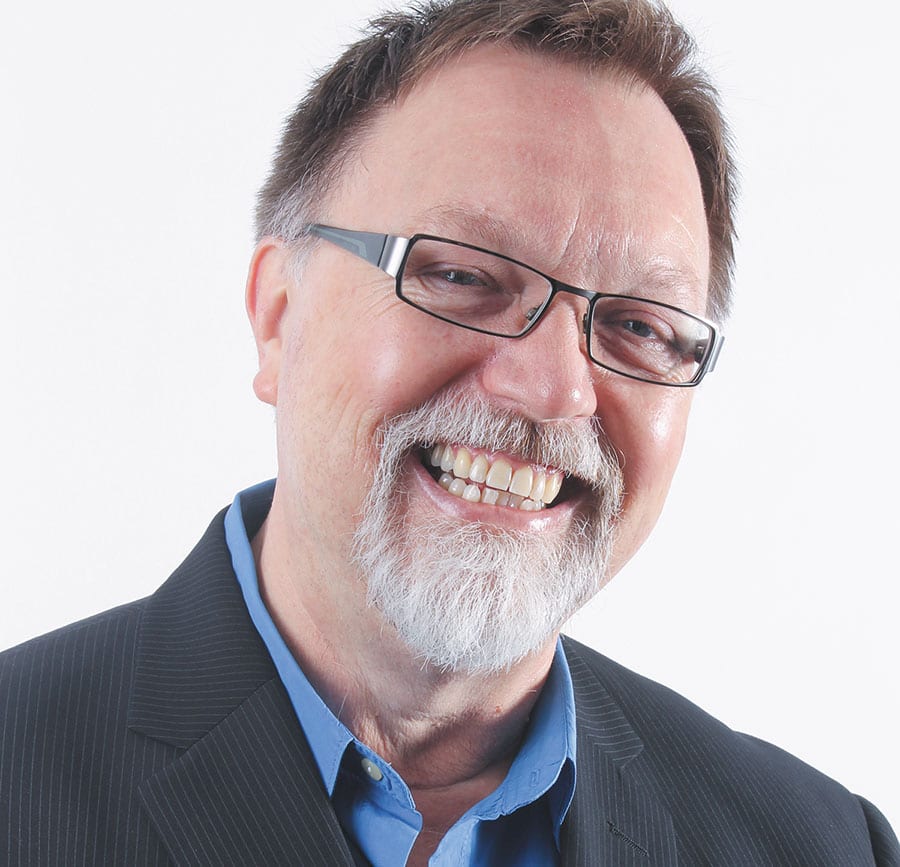 Steven Pace: An architect of service

Pace has been at the helm of AIN for 21 years. His title when he started was executive director, but the agency has since changed that title to CEO. But Pace helped create and nurture several of local AIDS organizations before joining the AIN team.

He began as a minister for Dallas Metropolitan Church, now Cathedral of Hope UCC, doing pastoral care, much of it for people with HIV. He helped found AIDS Arms, which is now known as Prism Health, and he helped create programs such as the Buddy Project and support groups at Oak Lawn Community Services. When OLCS closed in 2000, several of its programs transferred to AIN, including the Daire Center day care center for people with HIV/AIDS and AIN’s transportation program.