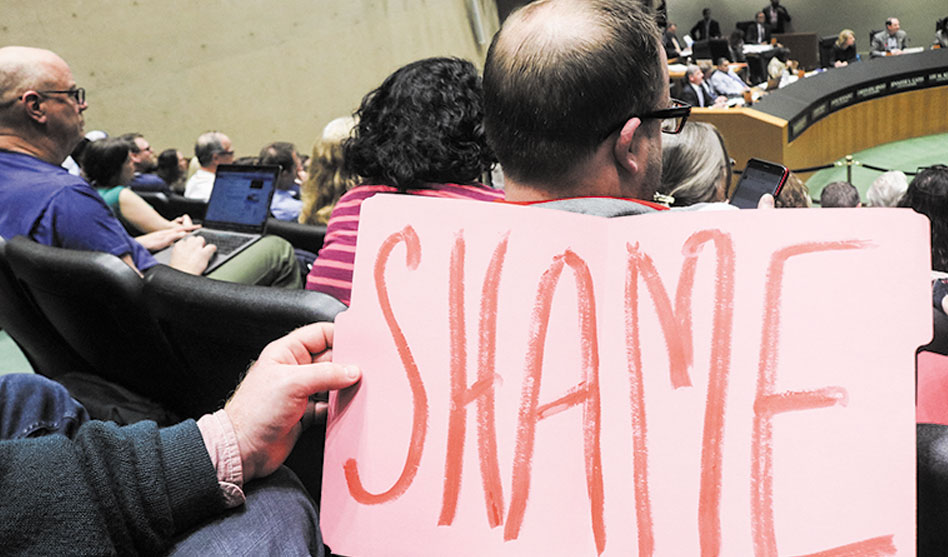 Dallas City Council voted Wednesday, Jan. 8, to approve a contract with Reverchon Park Sports and Entertainment to rebuild the baseball field in Reverchon Park and manage it for 10 years with two five-year lease extension options.

People on both sides of the issue filled the council chambers before the vote. DISD Superintendent Michael Hinojosa said the new field was needed for North Dallas High School to play baseball. But neighborhood residents said the agreement calls for professional sports to take precedence over local sports.

Former Park Board Chair Bobby Abtahi said the high school’s games would be included in the scheduling of the new facility and that DISD would have good access to the field.

Many of the residents’ objections to the deal centered around the increased traffic it would bring to the area and the lack of adequate parking. Reverchon has only 30 parking spaces, and Maple Avenue, off of which the park is located, is already clogged with traffic.

But a representative of RPSE said his organization has had discussions with owners of the Heritage Auction building located across the street from Reverchon and with officials at Scottish Rite Hospital, which is adjacent to the park, about using their parking structures during larger events. He said the reaction from both was positive.

That was surprising considering that when each of those entities were approached by officials with Dallas Pride about using the garages during the Festival in the Park, which was held in Reverchon Park several years, and during the Alan Ross Texas Freedom Parade, both refused. 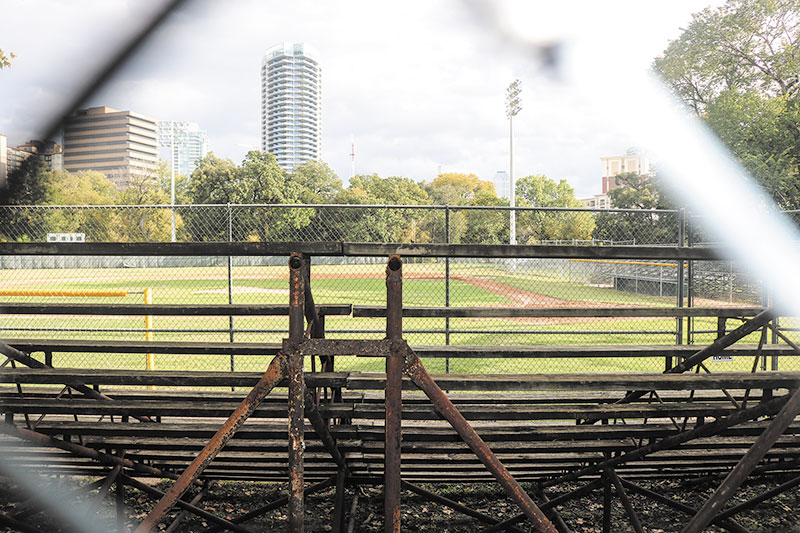 The rusted bleachers at Reverchon Park

Mayor Pro Tem Adam Medrano, who voted against the deal, said there may be a problem using the garages because of hours of operation.

Lee Daugherty, owner of Alexandre’s on Cedar Springs Road, also opposes the deal. He called the arrangement a breach of public ownership. “Get a fair deal,” he said. “I pay more in rent for a bar.”

Patricia Meadows, who lives near the park, also spoke against the deal. “The park is now fully utilized,” she said, adding that her objections are based on the traffic, noise, trash and crowds the revitalized ballpark would bring to the area.

Another speaker, the president of a 200-member homeowners association for a building within two blocks of the park entrance, called for a 60 day postponement to study the issue.

Everyone on both sides agreed the current facility is dilapidated. But they disagreed on how to address the problem.

Those who opposed the management contract said the city should include upgrades to the field, stands and restrooms in a bond package, retain full control of the facility and make it available to school and neighborhood players.

But Gay Donnell, CEO of the Turtle Creek Park Conservancy, told the council she understands how hard it is to raise money for park facilities. She urged the council to accept RPSE’s offer to build the proposed $10 million facility, a facility that would ultimately belong to the city.

The council voted the proposal down with a tied vote in December. But last week, District 14 Council Member David Blewett asked the mayor to reopen a vote on management of Reverchon Park, leading to the new vote this week. While most of the park lies in Medrano’s district, a small portion of it is in Blewett’s.

On Nov. 11, 2019, the Dallas City Council received a briefing on a management contract for Reverchon Park that would include a multi-million-dollar redo of the baseball facilities in the park. Blewett said he had some concerns about some financial aspects of the deal at the time, which is why he initially voted against it. This week though, he said he thought those details could be worked out.

Reverchon Park is one of the city’s most historic parks. The 36 acres that became Reverchon Park were purchased by the city in 1913 for about $31,000. The ball field was built in 1919, and in the 1930s it became the first lighted field in Dallas. The current baseball field covers 4.25 acres of the park and has bleachers that seat 700. The ramshackle facility is fenced off because of broken bleachers and unusable restrooms and concession area.

The proposed new ballpark would have 2,000 seats and 1,500 bleacher seats. The rutted field would be replaced with artificial turf, a first for a Dallas park.

The field would accommodate rugby, soccer and lacrosse in addition to baseball. A member of a local rugby team spoke in favor of the proposal at this week’s council meeting, citing a lack of rugby facilities in Dallas.

The target date for the facility to be complete is May 2021. RPSE is part of a 12-team minor league that would play its home games here.

Currently, fewer than 60 games are played on the field a year. RPSE estimates that number would increase to as many as 136 games a year, with attendance rising to almost 295,000 per year, according to the November briefing. The park department believes the new facilities would attract additional community use as well.

The council voted 11-4 in favor of the proposal.

Abtahi pointed out that this won’t be the last council consideration of the issue. RPSE must come back to the Park Board and then the council with final design plans. He said final proposals for parking would be addressed by the council as well.  █