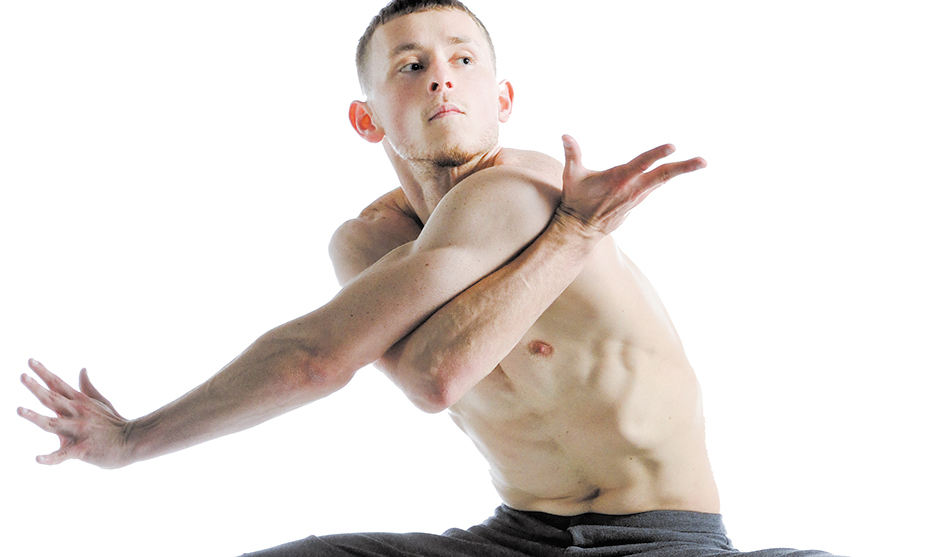 Theater, opera, dance, spoken word, comedy, art, music, film: North Texas has it all. You could spend your entire year just trying to figure out what to see on local stages, screens and museums. So don’t bother — we’ve done it for you. In addition to our annual as-comprehensive-as-space-allows lineup of arts company seasons (see Page 29), we’ve culled down some of the most promising to this handy one-sheet of 14 events, broken down by time of year, to help you plan out the highlights for 2019 and 2020. Of course, everyone’s tastes vary (and new shows are announced all the time), so be sure to look through all the seasons to see what works best for you.

To All the Women We’ve Loved Before at the Meyerson Symphony Center, Sept. 29. The Turtle Creek Chorale kicks off its 40th season with its first concert in years at the Meyerson, a tribute to the women who have influenced gay men. Presented by TCC.

A love offering at the Trinity River Arts Center, Oct. 3—27. Gay Dallas playwright Jonathan Norton has been a creative machine in recent months; he just completed his world premiere Penny Candy for Dallas Theater Center at the end of this past season, and he kicks off Kitchen Dog’s upcoming season with this new play about the trials of working with patients suffering from dementia. Presented by WaterTower Theatre.

Ballet British Columbia at Moody Performance Hall, Nov. 8–9, pictured. One of the most exciting contemporary dance troupes in North America right now, this Canadian company is among the most sought-after in the world… and Dallas gets them for two days. Presented by TITAS.

Dear Evan Hansen at Fair Park Music Hall, Nov. 26–Dec. 8. The Tony-, Grammy- and Oscar-winning composing teams of Pasek and Paul hit the pulse of musical theater with this unlikely smash, about bullying, teen suicide and the power of a lie. Presented by Dallas Summer Musicals.

The Band’s Visit at the Winspear Opera House, Feb. 4–16. Composer David Yazbek finally won a Tony Award (much deserved) for his Levantine score for this small-bore but heartfelt musical about the unlikely friendships between members of an Egyptian band stranded in Israel. The B’way production won 10 Tony Awards. In a first for North Texas, the production is being co-presented by AT&T Performing Arts Center and the Dallas Summer Musicals.
Funny, You Don’t Act Like a Negro at Theatre 3, Feb. 20–March 15. Uber-talented actress-singer M. Denise Lee adds playwright to her resume with this world premiere solo show, in which she explores the biases encountered by women of color in the performing arts. Presented by Theatre 3.

Come From Away at Fair Park Music Hall, March 10-22. In the week following the horrific attacks of 9/11, a small Canadian town found itself the host to 38 airplanes and their grounded travelers, and what happened transformed all their lives. Based on an incredible true story. Presented by Dallas Summer Musicals, it will also come to Bass Performance Hall in the summer, presented by Performing Arts Fort Worth.

Placido Domingo at the Winspear Opera House, March 11. The acclaimed Spanish tenor — the last surviving of the famed original Three Tenors triumvirate — made his American debut in Dallas in 1961. Now, he returns — finally — for a much-anticipated concert, conducted by maestro Emmanuel Villaume. Presented by Dallas Opera.

I Am My Own Wife at Addison Theatre Centre, April 16–May 3. Dallas native Doug Wright won a Pulitzer and Tony for this solo show, based on the true story of a transgender German woman who survived the Holocaust. Presented by WaterTower Theatre.

Six Degrees of Separation at the Kalita Humphreys Theater, May 29–June 7. Last season, Uptown Players finally brought all of Angels in America back to Oak Lawn; now they do it again, with the return, 25 years after it caused a stir (resulting in censorship), of the seminal American play about a gay hustler who passes himself off as a celebrity. Presented by Uptown Players.

The Supreme Leader at the Wyly Theatre, June 3–July 12. Before he became the bowl-cut dictator of North Korea, Kim Jong-Un was just another Asian kid at a Swiss boarding school. A surprising, coming-of-age satire about a tyrant in the making. Presented by the Dallas Theater Center.

A Very Sordid Wedding at the Kalita Humphreys Theater, Aug. 21–30. Del Shores has often partnered with Uptown Players, and this show — a stage version of his film-festival hit — the third incarnation of his Sordid trilogy — makes its world premiere as a season add-on. Presented by Uptown Players.