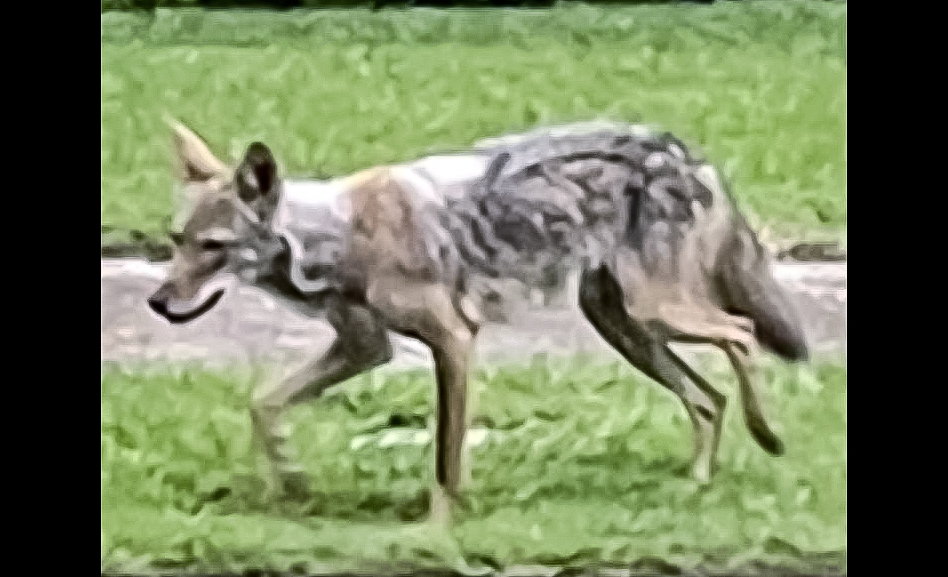 This coyote injured a child sitting on a front porch this morning in northeast Dallas. Police and game wardens are searching the area for the animal.

UPDATE: The two-year-old injured by a coyote earlier this week has undergone surgery and is in stable condition, the child’s father told the Dallas Morning News today (Wednesday, May 4).

ORIGINAL POST: A 2-year-old child is hospitalized in critical condition after being attacked this morning (Tuesday, May 3) by a coyote on the front porch of their home in northeast Dallas.

Dallas police responded at 8:28 a.m. today to a report of an animal attack in the 9200 block of Royalpine Drive. When officers arrived, they were told the child was sitting on the front porch when the coyote attacked, according to police reports. An officer then located the animal near a park on Royalpine Drive and fired at it, causing the coyote to retreat into some nearby woods. Officers could not tell if the shots had struck the animal.

Dallas officers and game wardens are actively searching for the coyote, and police caution everyone who lives in or visits that area to be on alert and to consider this animal extremely dangerous. Anyone who sees this coyote is asked to call 911.