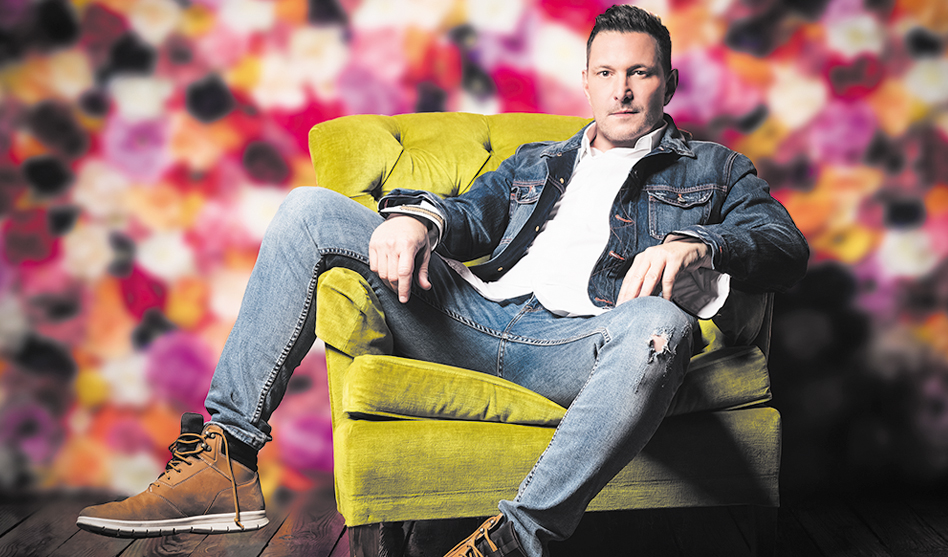 Who doesn’t love Ty Herndon? A gay and proud country artist who had a string of hit singles when he was signed to a major label, Herndon is the real thing. Suave, sexy, sincere and in possession of a set of power pipes. On his new album, the aptly named Got It Covered (Audium Nashville/BFD), Herndon revisits and reinterprets some of his best-known tunes, including “What Matters Most,” which can be heard kicking off the album in a version in which he changes the pronouns to make it a gay love song. Herndon closes the album with the rendition that maintains the original lyrics. Along the way, he also covers a song by Carrie Underwood and one made famous by his “musical hero” Bonnie Raitt, to mention a couple. Just back from Fiji, Herndon was kind enough to make the time to answer a few questions about Got It Covered.

Dallas Voice: You recently performed on an RSVP cruise. What was that experience like for you? Ty Herndon: I love the RSVP folks. They always put together a great experience for everyone. I’m happy to be a part of what they do. And I have met and worked with some of the best singers on the planet with these guys.

What was the genesis of the concept for your new album, Got It Covered. I absolutely loved the idea of reimagining some of my hits. Over the years, we have changed a little anyway. If you have ever been to one of my shows, you would notice I love to do covers. If I really love a song, I will often put it in the show. I thought it would be fun to do a few of those songs on this album as well. We had such a blast making this album. My favorite in years.

One of the songs you cover is Carrie Underwood’s “So Small.” Why was that song selected? This song actually changed the game for me. I had made the decision to get out of a business that I love with all my heart. I was feeling very done. For a good while I could not get my footing in music. I had signed up for real estate classes in Nashville, and I was on my way to the first class when I heard this song for the first time. My ears had not been given the gift of a singer and song like that in a very long time. It just simply spoke to me deeply. So much so I didn’t take the class. I knew in that moment I needed to sing the kind of songs Carrie Underwood was doing. Songs that hopefully change people’s lives. 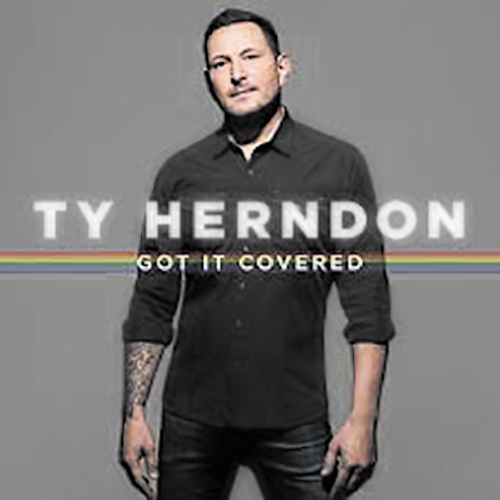 Underwood is part of a wave of contemporary country artists who have been vocal in their support of the LGBTQ community. What does that mean to you as an out artist? It always means so much when artists support the LGBTQ community. It really does save lives. Especially in country music. There are so many of these kids who really want to like country, but many of them feel country music does not like them. So, it’s super great when any artist of that size shows support. It means more than you know.

You perform a cover of “Heart Half Empty” by gay singer/songwriter Desmond Child who has written hits for Cher and others. What made you chose that song? It was a top 20 hit for me and Stephanie Bentley. Because it was such a big duet, I often left it out of the set. I wanted to reimagine it as a solo song. The amazing Shelly Fairchild did me the honor of some killer backup on that one. I love it.

A couple of the cover tunes were hits by others, such as “I Can’t Make You Love Me” for Bonnie Raitt and “Walking in Memphis” for Marc Cohn. Please say something about the process of making songs such as these your own. I only have one musical hero in this business, and it is Bonnie Raitt. I simply worship her. I often do her songs in my show. That’s always fun. But I will be honest and say I was nervous to record this one. It’s such an iconic song. I just felt it in spirit that I had to do it. I think I did it justice. At least I hope so. It’s such a beloved song. I was on the fence with “Memphis.” I do it in the shows. People go crazy over it. However, my producer and guitar player Erik Halbig pretty much demanded that I do it. I think the studio band nailed a cool new rendition.

Got It Covered features guest vocalists, including out country artist Shelly Fairchild, whom you mentioned. Why did you want to record a duet with Shelly. I’m such a fan. I’m also like her brother. She was perfect for what I wanted to accomplish with “Heart Half Empty.” People recognize it as a duet. Featuring her still made it feel that way. She sings her ass off on everything she touches.

We see a lot of openly lesbian country artists nowadays, including Brandi Carlile, Lucy Dacus, Becca Mancari, H.C. McEntire, Sarah Shook, Garrison Starr and Amy Ray of Indigo Girls, among others. From your perspective, do you think there will come a day when there will be as many out gay male country artists as there are lesbians? God, I hope so. It’s past time. I’m working with a few amazing artists who happen to be gay. I hope and pray we see the boys catch up. And a big thank you to all of those artists you mentioned. Amazing!

What can you tell me about the decision to bracket your album with the alternative and original versions of “What Matters Most?” I know I’m going to be asked that a lot. I honestly didn’t think twice about it. I just told the story the way it fit me best. When I recorded that song 25 years ago, I was in so much pain and heartbreak. Yes, it was extremely painful and damaging hiding my truth for so many years. As I said before, so many of the kids I work with in the community feel country music does not like them. So, I wanted to make the most authentic statement I could. It meant a lot to me for the fans to hear it the way I wished I could have recorded it all those years ago. In my heart I knew I also needed to include the updated original version. They both mean very much to me.

Finally, Ty, according to your website, you are going to be on tour through the autumn. What do you like best about live performance? I noticed last year that I was hardly ever out on the road with a full band anymore. We are working hard to change that. However, doing all these acoustic sheds has really allowed the space to try new things and be a better vocalist. I love to sing. God gave me the gift, and l love to use it as much as possible. And without those live shows I would never have accomplished the amazing fan base I have today. My people rock