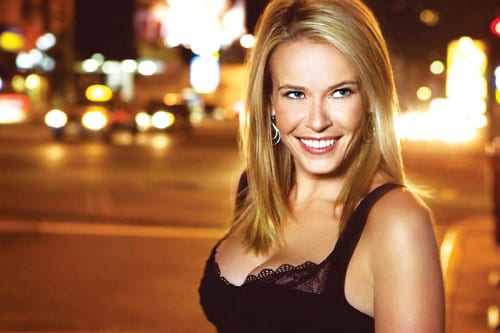 Those who attended Chelsea Handler’s Uganda Be Kidding Me concert at the Verizon Friday were treated to not one, but two shows: Handler’s set, and also a superfan so drunk and disruptive (at least to those in the cheap seats) that it took a phalanx of security guards to physically remove her.

Still, we seriously doubt the disruption was the reason why last night, Handler announced that she will be leaving the E! channel, where her late-night gabfest Chelsea Lately has called home for eight season, at the end of the year. Handler has been vocal about her lack of respect for the station, and her own take-no-prisoners style often conflicts with the dishy, perky content on the network’s other shows. This doesn’t mean the end for Handler’s talk show, though – she’s supposedly fielding offers from other channels. And until December, expect to find her on E!