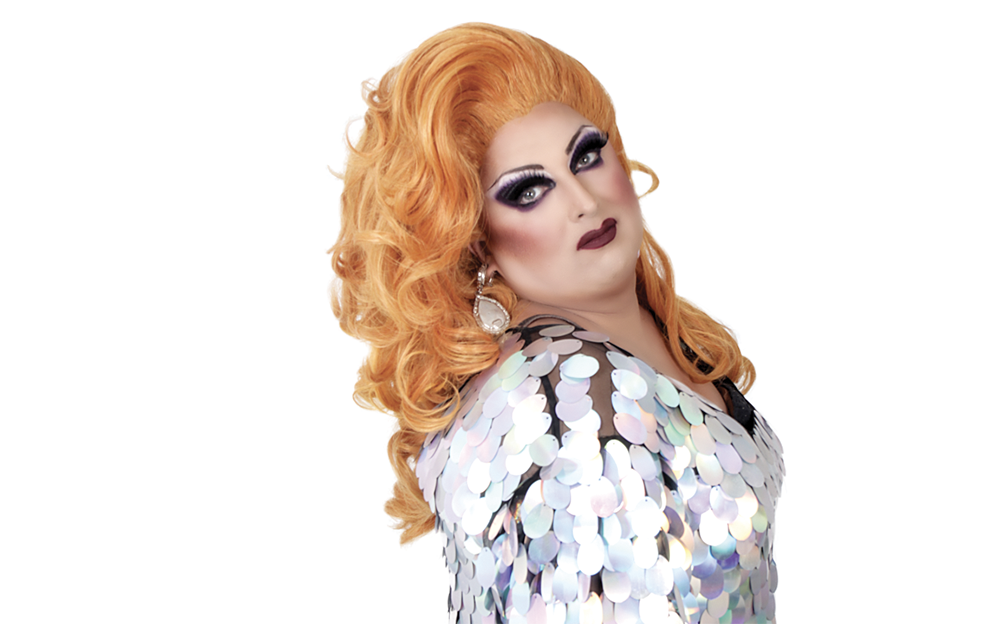 Hey y’all. I know I close my column with my “love more, bitch less” stuff, but this week, I gotta bitch. I know I am not saying anything you all don’t already know, but our healthcare system is fucking ridiculous. First of all, I have really good insurance. I know how lucky I am to be a drag queen AND have insurance. A drag queen that only does drag for a living — and has insurance — is like Bigfoot. People claim to have seen one, but most folks don’t believe they exist.

But I also pay a lot of moola to have the insurance I have.

So, as most of you know, back in November I had a problem with serious vertigo. I couldn’t walk; I was throwing up and felt seasick 24/7 for like three solid weeks. It was awful, but to make it all worse, I just got my bill from the hospital/insurance. My one-hour-and-40-minute trip to the ER — in which I learned absolutely nothing or got any help in any way — cost $17,556.36. So thank God I have insurance!

After insurance takes care of most of it, I am left having to pay $5,332.16. OOOOHHH! Thank God for insurance! Mutherfucker! Then add in the $500 copay for going to the emergency room, which ended up being $556 with tax, and whatever other bullshit they charged me for. Praise Baby Cheebus that I didn’t call for an ambulance!

This was my first major health episode, and I’m getting older, so I know it won’t be the last. But fuck! This is horrifying. Ain’t nobody got time for that! I feel like I’m gonna be broke forever because I got dizzy. (Yes, I am being slightly dramatic, but have you met me?)

My regular doctor told me, “Just send them 10 bucks a month, and you will be fine.” Sounds great — except for the crushing weight of knowing that I still owe so much money. I gotta start buying lottery tickets.

I know there are so many people out there dealing with so much worse and who are being screwed by the system so much worse than I am, and I am horrified for y’all, too. The thoughts running through my head right now range from depressing to violent. If I am feeling this way over $5,000, I can’t imagine how some of you deal with hundreds of thousands of dollars in medical bills.

Since I have opened this can of bitchy, let me go ahead and vent about a few other things: Like, can y’all please stop getting offended about things that honestly don’t concern you? I had a gay guy get upset with me during a show a few weeks ago because I was “mean” to the straight people. Not one straight person had an issue with my jokes, but this little overly-woke homo felt the need to defend the defenseless. Look QWEEN, if you could take a joke as well as you take a dick, the world would be a better place! Especially since the joke wasn’t even about you.

(I actually may have written about this a few weeks ago, but I just thought about the “take a dick” part, so I figured it deserved to be repeated. I’m petty like that.)

Oooh I’m liking this so let’s stay on this bitch train. Next stop: Pet peeves.

I hate it when someone, while driving, has to make a complete stop before turning.

I hate when bitches sit in the front row of a drag show and then just stare at their phone. It’s so damn rude. To give you an example, a bunch of years ago, Khloe Kardashian came to the show in the Rose Room; she was actually there with Perez Hilton who was booked for like Bear Dance, I think, for some reason. Any who: She sat staring at her phone the entire night, and not once did she look up to watch a single one of our showgirls. Bitch, don’t go to a show if you ain’t gonna watch it! She left a few minutes after I said on the mic, “In all fairness, I don’t watch her show either!”

I hate when you’re at a grocery store, or any place with shopping carts, and two people stop to talk loudly to each other with no regards for the people trying to move past them. You can still gossip about how much weight Barb has gained or how big Billy has gotten if you move your bitch ass over few steps.

So just now, I leaned into the other room and asked my husband, “Hey, what are some of my pet peeves?” Without missing a beat he went into a 15 minute monologue spouting out a list of things I hate or thing that annoy me. Like a real list. I was like, damn dude! Did you have that just locked and loaded just waiting for me to ask?

On an unrelated note, I also hate when people walk across freeways, talk to me when I’m sleepy or ask me the same question over and over, interrupt me when I am speaking or when someone asks you a question and they don’t let you answer. But I came up with those on my own. That was all me.

I think that is enough bitching for one day. Soooo — remember to always love more, bitch less (shut up!) and be fabulous. XOXO, Cassie Nova