Dizzy queen — and not in a good way

Hola peeps. Sometimes when I sit down to write this column it’s easy, but sometimes I have to sit and stare at the screen until inspiration hits me. Usually I just write about whatever is going on in my life — unless, of course, I have little going on because, surprisingly enough, even though I’m a drag queen, I’m pretty boring.

But these past two weeks have been anything but boring. God, I can’t wait to get back to boring. Let me explain … 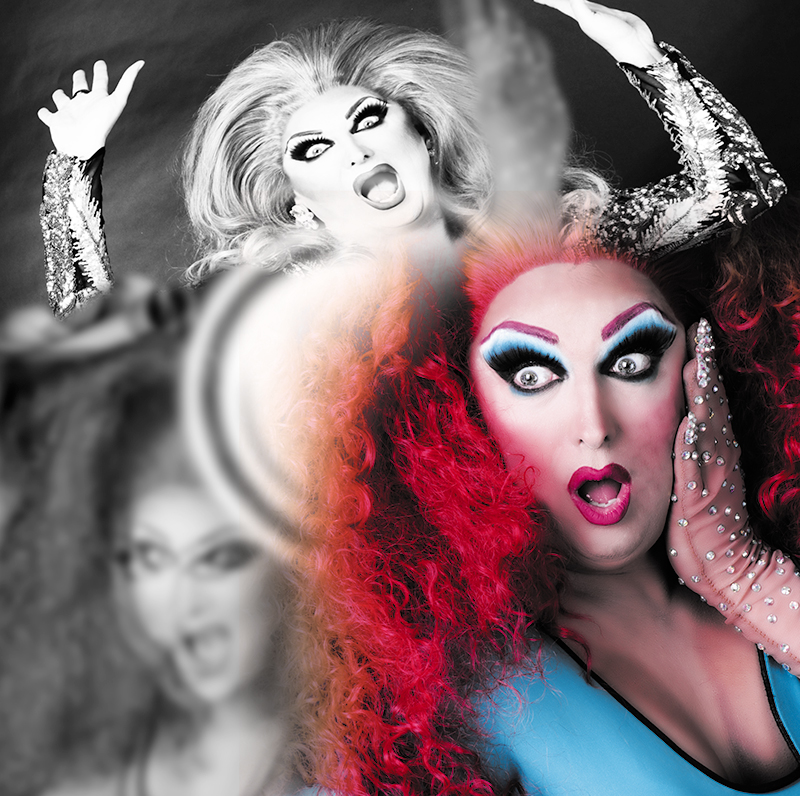 It all started about three weeks ago on a Monday evening. I was heating up some leftovers for dinner — I had made Chinese BBQ ribs for dinner a few days before and was excited to be eating them again. They were good af. So, as I was sitting down for dinner, I got a little dizzy. No big deal. It passed quickly, but I remember thinking, “That was weird.”

Then later that night, while I was in the dressing room getting ready for my show at JR.’s, it happened again. I had to grab hold of my locker to keep from falling as my head spun. It lasted a little longer than the first time, but then it passed.

By then it was starting to freak me out. But the show has got to go on, so I pushed through.

During the show that night, I made jokes about me being dizzy and told everyone that if I fell out while in drag flip me over and cut my corset off by the strings. I can replace the strings, but corsets are expensive! Nervous laughter all around.

Then during my second performance, another dizzy spell hit. So I got off the stage and went to the back room. I passed the mic to Bleach and just stood there, head spinning. You remember that ride at Six Flags years ago? It was either called the Spinniker or the Spindle Top, I don’t remember. But it was a round room, like you were in a barrel, and it spun faster and faster, sticking you to the wall and then dropping the floor out from under you, so you are just stuck to the wall from the centrifugal force.

I felt like I had just gotten off of that ride, but the spinning in my head would not stop.

Then it started to affect my stomach. It started to churn as my head was spinning, so I inevitably had to hurl. I hate throwing up more than anything. I know, that’s a stupid thing to say.

Nobody likes to throw up.

My head was spinning; I couldn’t walk without holding on to something to anchor myself, and I was throwing up. It was turning out to be a shitty night.

Luckily Sweet Mark, one of my best friends in the world, was still out. So he came backstage and walked me to the Rose Room dressing room. I knew I was leaving the show in good hands with Bleach to finish things out.

Back in the dressing room, the vomiting got worse, and so did the spinning. I had had a few cocktails but not enough to make me sick like this. I started to think I had given myself food poisoning. I was sweating, spewing and spinning, but I had to get out of drag. It took a minute but I did it. Still, there was no way I was going to be able to drive myself home. So I left my car at work and went over to Sweet Mark’s place to crash on his couch until I felt better.

Luckily, I grabbed a trash can from the dressing room, because as soon as we were in the car — RALPH! Then we got to his place … on the third floor … with no elevator … and I collapsed on his couch. I called my husband and told him where I was and that I would Uber back to my car in the morning then get home as soon as I could. I laid there and tried to sleep. My friend Mark — this is why we call him Sweet — fixed me ice water, got me a cold wash rag and told me to wake him if I needed anything.

A few hours later, I woke to go to the bathroom to pee. The second I stood up the spinning returned, and I could barely walk. I knocked over anything in my path to get to the restroom, and I am sure I need to apologize to Sweet Mark and his roommate Justin, because I am positive I peed everywhere but in the toilet. I couldn’t tell where I was aiming; I should have sat down to pee like the lady I pretend to be.

I laid back down, and my head continued to spin. And so did my stomach. I continued to vomit even after there was nothing left inside of me, and then I dry-heaved and hacked like I was dying. It was awful.

At about 6:30 a.m. I realized it was not stopping at all, and I really started to worry. I had Sweet Mark drive me to the emergency room at the hospital in Waxahachie, so I could be closer to home if I had to stay. I asked my husband Jamie to meet us there. I dry-heaved most of the way there, plus — you know Dallas traffic. I couldn’t tell if it was minutes or hours, but that was a long ride.

Sweet Mark passed me to Jamie, and Jamie led me and my puke bucket into the emergency room.

I haven’t been to the emergency room for myself since I was in the eighth grade and fell out of a tree and broke both of my arms. They got to me pretty quick this time because they thought I might have had a stroke. That is horrifying to hear. They did some kind of C/T scan, gave me fluids and some nausea medication and did an EKG.

Eventually told me they didn’t think it was a stroke but instead an inner ear infection. I was so relived. They had me make an appointment to see a neurologist in a few days and sent me home. They told me to basically stay in bed and rest and eventually the spinning would slow down and stop.

I spent the next week doing very little. I couldn’t drive; I could not walk without staggering like a drunk, and my stomach was queasy all the time. For the first five days, I couldn’t even really watch TV without wanting to hurl. If you know me, you know that I watch a lot of television. I was in my own personal hell.

I hate missing work more than anything. I can’t stand not knowing what is going on in my Rose Room. So on that Saturday night I tried to work. Big mistake. BIG. I got to the club, got completely painted and, 10 minutes before the show started, I started to vomit again. I thought I could push through the dizziness, and if I focused I’d be okay to work. I was wrong.

That will go down in my history as one of the worst nights ever. My head spun, and I threw up off and on until about 10 a.m. Sunday morning. It was horrible. I was hot; I was cold; I was seasick from my head spinning.

The next Monday morning, I saw the neurologist. Apparently, I have something called Benign Positional Vertigo — something to do with crystals forming in the liquid in my inner ear, and when they hit sensitive areas, it makes me dizzy. I have an MRI scheduled in another week so hopefully they will know more then. It is so stupid — Cassie Nova has been taken down by being dizzy.

I have always been so independent and would rather do everything on my own, but this has humbled me. I am so thankful for my husband, my friends and my co-workers. This whole experience would have been so much worse without them.

I love being a couch potato, but being forced to be a couch potato is no bueno. Like I said, I can’t wait to get back to being boring, although I will be even more thankful for every day that I get to feel normal again. The stage is my happy place, and not being there is fucking with me more than the vertigo. Hopefully I can get back to my normal soon. I will never take it for granted — ever. Every day, the spinning is slowing down more and more, but it’s taking forever to stop.

Sorry for my bitch session but this is the only thing on my mind for three weeks now!