Good morning, afternoon or evening — I don’t know your life. This week I want to talk about IT and IT Chapter 2. I feel that enough time has passed that we can talk about it. So if you have not had the chance to see the latest movie about Pennywise, the dancing clown, and his love of children, please be advised — spoilers lie ahead.

First off, I need to give a little back story on my relationship with the book. I first read IT during my junior year of high school. I got crazy lucky one day at the downtown branch of the Dallas Public Library; I had tried to check out the book many times, but it was always checked out. But on this particular day, I saw a lady actually put the book in the return bin, so I asked if I could get it as soon as they checked it in. The librarian was so nice; she checked it in immediately and let me take it home.

I was so excited. You have to remember this was in the late 1980s, and we were poor AF, so I never actually bought books. I just used my library card as if it were a credit card and “bought” books like I was rich. I always hated returning a book that I loved.

The next day I woke up not feeling well and told Mom I was sick, so she let me stay home. Usually on a sick day, I laid on the couch all day and watched cooking shows on PBS Channel 13 — Julia Childs, Yan Can Cook and Justin Wilson, the Cajun chef. But on this day I laid on the couch and read my book. Well, I probably got a quarter of the way through
IT. The book was huge, and I am not a terribly fast reader. After that sick day, I had the book with me where ever I went just in case I had a few moments to read.

For the many of us who have been fans of Mr. King’s book since we were kids, the big-budget movie version of
IT was such a huge deal. It was more of a phenomenon than just another movie. And the first movie did not let me down. I fucking loved IT. It captured the Stand By Me/Goonies feel when it came to the friendships of the kids, and the scares and horror aspects of the story were on point.

The first movie made me feel nostalgic and reminded me of why my standards for friendships are so high. I’ve always had ’80s movie expectations of what a group of friends should be like. I am still that way: If I can’t rely on you to go on some crazy-ass adventure and know you will have my back, we can’t be friends. 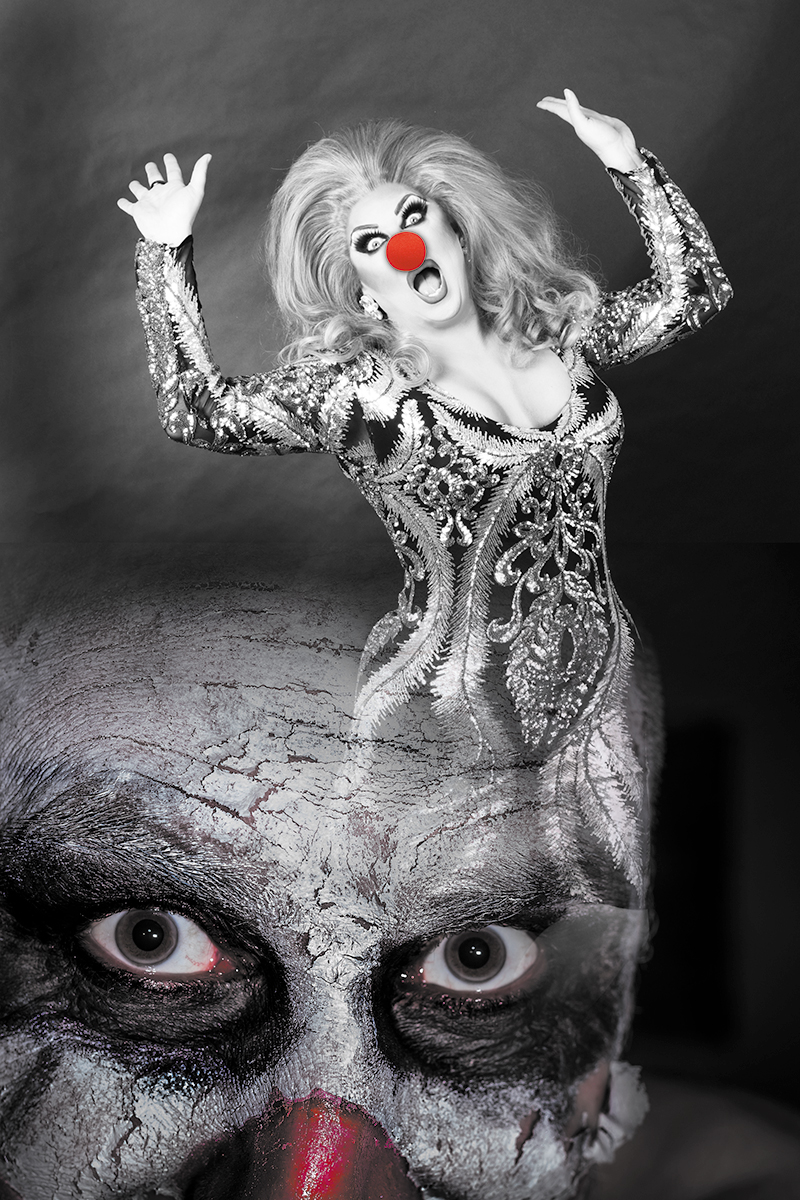 The young Losers Club friendships in the book and the movie are my favorite thing about the story. Sure, I love a killer clown, and who doesn’t love seeing a kid get his arm eaten off. But the camaraderie and relationships between the kids are what pushed the story along to me.

The first movie was greatness from beginning to end. It was the adaptation the book deserved, and after watching IT, my heart was full … and pounding. I couldn’t wait for the second chapter.

Then IT Chapter 2 came out a few weeks ago, and I love so much about it. But I was also so disappointed with some of it. (Be warned: Here is where we get into the spoilers.)

First of all, the casting — just WOW! Every character’s adult version was so on point. Even Henry Bowers — I totally believed that the kid that bullied the Losers Club grew up to be that gross mental patient minus the mullet. Whoever did the casting should win an award.

I didn’t mind the sometimes-cheesy Beetlejuice-esque special effects. To me, it was equal parts terrifying and goofy looking. I loved the adult interaction and could clearly see each one’s child self-contained within each adult.

I didn’t care for the Ritual of Chud aspect of the movie. It makes sense in the book, but it muddles and confuses the storyline in the movie. I did not care at all for how they ultimately defeat Pennywise. Did they bully the clown to death? They said something along the lines of, “There are other ways to make someone small.” And they proceed to berate Pennywise and call him names, like “You’re just a clown.” He shrinks down from a giant spider clown to a baby clown thing, and they rip IT’s heart out, and they squish it — together.

It angered and annoyed me. So, you mean to tell me that this million-year-old badass from the stars that has killed so many throughout those millions of years suddenly cares that he is being called names?! Bitch, please! I get that they were supposed to be showing that they were not scared and that not having their fear to feed on made him weak enough to be killed, but I just hated that whole part.

In the book, Eddie sprayed his asthma inhaler deep into the throat of the giant spider creature, Pennywise’s truest form, right before IT bites Eddie’s arm off. Because of Eddie’s belief that his inhaler could “kill monsters” it was the beginning of the true end of Pennywise.

I did love the “not a suicide note” left by Stan Uris to help us feel like there was closure at the end of the movie. It was heartbreaking, and it felt like a gift after what I thought was a horrible way to end the evil that was feeding on the town of Derry.

Many people are still talking about the scene that depicts the gay bashing of Adrian Mellon. It is a hard scene to watch and, honestly — remember earlier I talked about how I was sick the day I started to read the book as a kid? — it was even harder to get through back then. But it is a very important part of the book and really shows how Pennywise’s evil infects the town and its residences. Still, as a young gay boy, reading that part just gutted and terrified me.

Stephen King wrote that part because he was affected by the real-life gay bashing and murder of Charlie Howard by a group of teens in his hometown of Bangor, Maine, in 1984. Gay bashing is still one of my biggest fears. I hated that part of the book; it upset my stomach more than it already was. But I also admire Mr. King for writing about the subject in a way that gave me such a visceral reaction and has stayed with me ever since.

To the people that felt the scene was gratuitous and that showing each and every heartbreaking punch added nothing, I say I hear you. But were you okay with the kid getting his arm ripped off? It is a horror movie, and I was horrified by that scene. Sure, I wish we could have seen at least one of those homophobes get their comeuppance, but sometimes you don’t get justice you want.

In summary, IT part one — fabulous; IT Chapter 2 — not as fabulous. I still liked so much about the sequel, but will admit to some disappointment. Hopefully, THE STAND series coming next year to CBS-All Access will be the adaptation of a Stephen King story that I have been waiting for. My fingers are crossed.