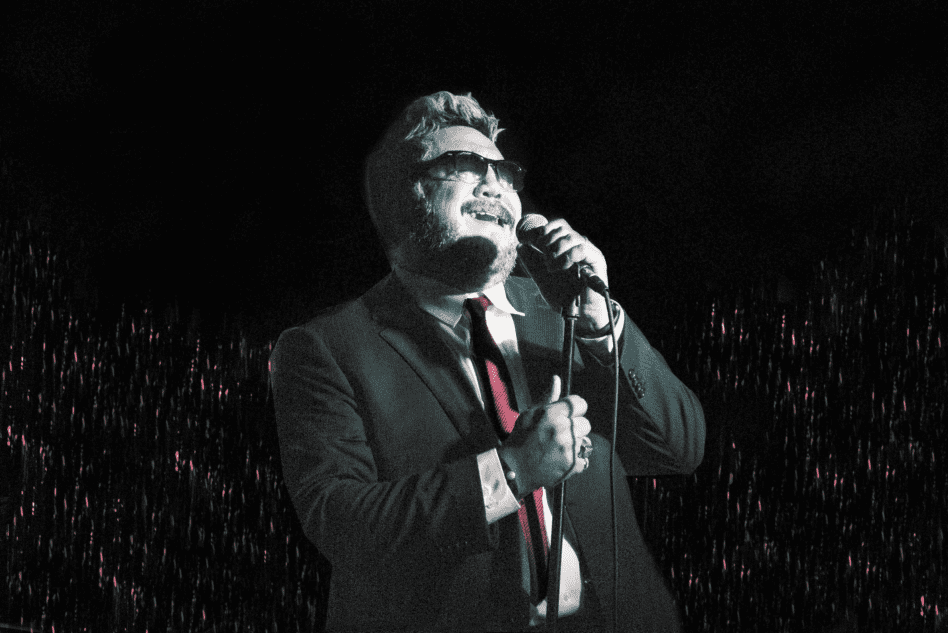 For many, the first impression made by out blues singer Nakia was his stint on Season 1 of The Voice, where he advanced to the semifinals as a member of Team CeeLo. But the bearish vocalist had already been deeply ingrained in music long before then. He already had three releases and had begun the Blues Grifters, which was gathering a cult following around Austin’s live blues scene. As he and the band worked on their first album, television came calling, and all was put on hiatus.

Seven years later, Nakia (surname Reynoso) regrouped with the band to pick up where they left off; they released the album Blues Grifter in August.

He and guitarist Mac McNabb brings a scaled-back version of his live show to the All Good Cafe on Dec. 7. Before he returns to Dallas, he talks about this more intimate show, releasing the new album and how queer music fans can relate to the blues. █

Dallas Voice: Why was now the time for this album?  Nakia: This was a now-or-never thing. When we recorded ‘Whipping Post,’ it just felt so good to be back in the room with some of the original members of the band and two new guys.

So much has happened since The Voice. How was it to go back to this music that you began working on so long ago?  The core of us are here, which feels really good. We played some shows before and played some songs we haven’t played, but it felt like a glove that feels tight, keeps you warm. We were excited to throw some snowballs.

You have a whole band, but the show in Dallas is smaller.  It’s a new format we’re trying out. It’s a duo show with just Mac and myself. It works for smaller rooms and intimate settings.
What brought this on?  It’s a way to get into the songs and talk about the stories behind them. Plus, we have some new material we’re trying out, so this allows us to workshop that material. This will be the fifth time we’ve done this.

Your energy is pretty dynamic onstage with a full band, though.  I’m definitely not running around and dancing like I am usually. We’re putting that energy and focus on the songs and guitar. I think it will give people a chance to dig deep as well. The audience is gonna see myself and Mac do these songs stripped down. It’s gonna be real, and there’s nothing that can stop us.

You’re an out musician but “queer” isn’t often — OK, never — associated with blues music. Is that something you ever have to reconcile?  The queer aspect is never really something that anybody asks me about … except LGBT media [laughs]. I feel like the blues as a whole is an art form that was sprung from repression and oppression. Black communities originated it by singing about being held back and discriminated against. With that as the foundation, I think the gay community can find ways to identify with the blues.

How was it for you?  I experienced a whole lot of life growing up in Alabama trying to be an out youth and facing a lot of bullying and oppression in that sense. The funny thing though, as a kid I didn’t dig the blues. I was into Michael Jackson, Journey, Prince. It was just later that I found out that a lot of popular music was influenced by the blues.

Do you address it in your own music or personalize it with some boy-on-boy lyrics?  As I write songs, I choose not to use pronouns at all. Sometimes I want to sing directly and make  it personal, but it’s more important for anyone to be able to get what they want from a song. I don’t want my music to feel inaccessible to anyone.

It seems like you are the gay steward for blues music.  Ha! That’s an interesting thing, too. I haven’t met anyone, at least not yet, who plays the blues. It’s hard not to think they gotta be out there somewhere. The genre could use more [gay] representation.