Apple missing the mark on ads in LGBT media 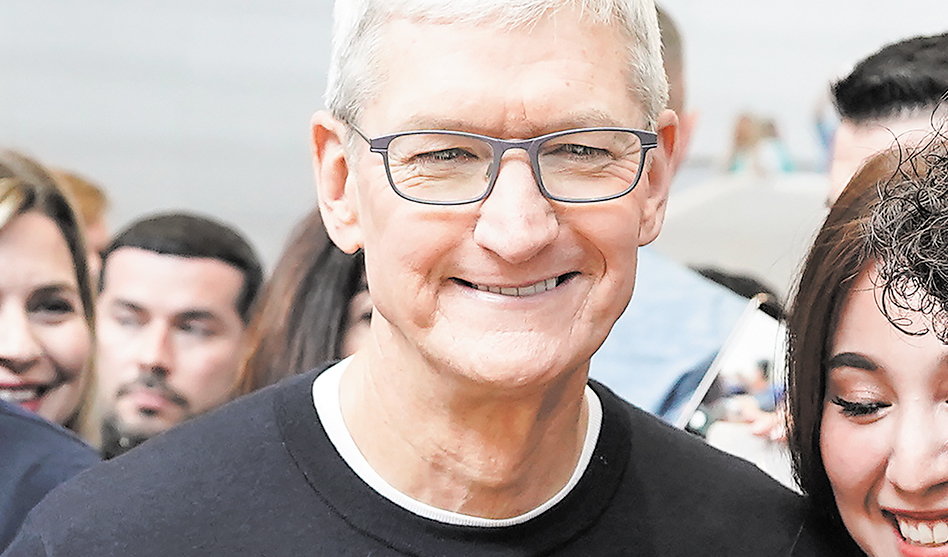 We buy Apple’s phones, wear their watches and use their products to drive our businesses — but finding their iconic ads in the pages of your local LGBT newspaper or website is like looking for an apple in an orange grove.

“Some big companies with a good reputation in the community, like Apple, fail when it comes to speaking to us directly, effectively,” says Leo Cusimano, publisher and owner of the Dallas Voice newspaper, and OUT North Texas, a glossy magazine. “More and more, LGBT individuals are frustrated by brands that treat them as an afterthought.”

National advertising via mainstream media certainly gets the word out — but depictions of LGBT consumers remain rare to the point of novelty, leaving many wondering why companies who lavish their attention on the general public don’t appeal directly to a niche market eager for a signal that they, too, are valued.

“When I see an ad in a local LGBT publication or website,” says Cusimano, “I think, ‘Look, they are targeting me.’ This local perspective is very important, particularly from a grassroots effort. We see brand switching from one product or service when advertisers utilize this approach. We’re a loyal demographic who likes to do business with companies that advertise in our backyard.”

Cusimano, who holds a business degree, says the onus is on LGBT media to “make an advertiser aware of the advantages of niche marketing. Our job is to elevate their brand in the community. And when you do that, it really helps trigger that sale.”

Cusimano cites Wells Fargo and Facebook as companies that have advertised with his publications. You’ll find Bridgestone tires on his car, he notes, because a few years ago, “They did a 12-month campaign with Dallas Voice. It really changed people’s minds, to know there is a company that [consistently] advertises with us,” instead of ghosting the community once Pride month has come and gone.

For 26 years, Stevenson and her wife, Susan Horowitz, have published Michigan’s weekly newspaper, Between the Lines, which, along with their Pride Source Yellow Pages, serves the LGBT community.

“Every single computer in our business” is an Apple product, says Stevenson, who notes the company’s “excellent reputation as an LGBT-friendly player” could be leveraged “so easily, with just some simple ads that say, ‘We want your business.’”

A positive perception pays dividends, as noted in Community Marketing & Insights’ 13th Annual LGBTQ Community Survey, released earlier this year. Some 27 percent of respondents said they were “significantly more likely to purchase” when companies advertise in the LGBTQ digital and print media, and 41 percent said advertising in the LGBTQ media had a greater impact on them than when companies advertise in the mainstream media.

And a 2016-2017 National LGBT Media Association study on consumer shifts saw two in three LGBTQ individuals saying, “I am frustrated by brands that treat people like me as an afterthought.” (Fifty-one percent of respondents purchased a new smartphone in the last 12 months.)

Still, Stevenson’s company has had no success in its sales outreach to the tech behemoth. Nor has Todd Evans, who, as president and CEO of Rivendell Media, represents 95 percent of all LGBT media in the U.S. Rivendell has made numerous overtures to Apple, with no results.

“The demographics seem perfect for Apple,” said Evans. “LGBTs are early adopters of new technology, and have very high entrepreneurial tendencies, which would be a natural target for a tech company. They’re a very progressive company, or thought to be. Even the CEO is LGBT. Yet to our knowledge, Apple has never done any direct-to-consumer [LGBT] outreach with any of their ad campaigns.”

If they have, that sales call has yet to reach Rivendell, which credits Apple products for “part of our success in business, back to when our founder was Beta testing for Apple,” says Evans. “We’ve reached out to their agencies [currently OMD], and they’ve been very open to proposals. But it never seems to go anywhere. And Apple, it’s impossible to get through to the client. Once the client is interested, the agency does whatever they want.”

Of late, says Evans, Rivendell has placed an emphasis on educating potential buyers that LGBT media is “completely different that other minority media, like African-American or Hispanic. For example, in our community, there is no network TV like Telemundo, no BET, no national magazine with million-plus circulation. We get our information differently.”

And despite the march to digital as a favored, oftentimes sole, marketing strategy, “What a lot of people aren’t realizing is that in LGBT media, print is still very much king,” notes Evans. “For $100,000, you can pretty much own LGBT media, a full-page ad in most major LGBT publications in America. That is chump change for most companies’ advertising budgets, and digital just does not do as well, without print’s call to action.”

With just about 130 LGBT publications nationwide, Evans is “shocked that more companies don’t realize they can make a difference, to get a community behind them.”

Absolut Vodka is the ultimate success story. In 1981, recalls Evans, “They came into the market — not to get their feet wet, but to own it.” Today, Absolut has “phenomenal brand recognition, and they maintain a presence in the LGBT community. There are so many vodkas out there, they don’t want to give up that space, to lose that equity.”

At a time when other high-quality products are shrinking market share and eroding consumer confidence built by the belief that Apple products are hands-down superior to the alternatives, longtime Apple loyalist Evans is “beginning to think twice about my next computer.” Technology as well as pricing, he observes, “have caught up with Apple. I’m just back from the National Gay and Lesbian Chamber of Commerce conference,” which had more than 1,500 LGBT businesses in attendance.

“I was noticing,” recalls Evans, “There were as many Samsungs as there were iPhones. So it seems the right time for Apple to hedge their bets.”

“We do have real alternatives today,” says Cusimano. “We don’t have ads from Samsung, and this is a prime opportunity for them [Apple] to capitalize on that, to be trendsetters. They did that years ago, in education — getting their computers in schools, for kids. It’s time for them to look closer at the LGBT community.”

Cusimano says he’s working with the National LGBT Media Association to augment the way the Human Rights Campaign compiles statistics for its Corporate Equality Index. Described by HRC as an annual “national benchmarking tool on corporate policies and practices pertinent to lesbian, gay, bisexual, transgender and queer employees,” a positive rating is widely cited by corporations, as a way to shore up their reputation.

The Index’s Category 4, notes Cusimano, “is about philanthropic work or advertising in LGBT media.” This allows corporations “to donate to an event, and that checks that box for them. We want HRC to make it a stand-alone category, where you have to advertise in LGBT media.”

As this story was published, that advertising “get” remained as elusive as responses to our request for comment. A call to Apple’s Media Helpline yielded a swift response from its representative, Fred Sainz, with this reporter honoring his request to submit questions. Despite several follow-up email exchanges, Apple did not respond to our inquiries.