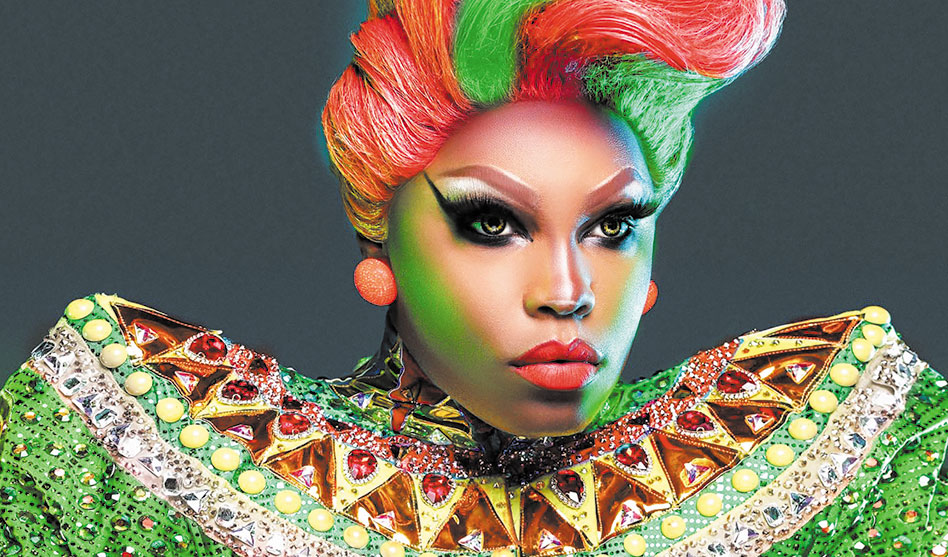 Asia O’Hara returns to The Rose Room for her first self-produced one-woman show, before heading back out on the road in 2020

Asia O’Hara was already a drag star when she appeared as one of the contestants in Season 10 of RuPaul’s Drag Race. But her top-four finish in the reality TV hit show sky-rocketed her to a whole new level of stardom.

She just finished her 2019 stint performing internationally with other RuPaul queens in the Werq The World Tour, and before heading back out in 2020, Asia is gifting her hometown fans with her first self-produced one-woman show, “Asia O’Hara’s Electrique Christmas.” All the seats for the show, set for Saturday, Dec. 21, in The Rose Room, sold out quickly, leaving just standing-room-only. The Rose Room has since added seats for the show, but those will likely sell out quickly, too — if they haven’t already. So, if you don’t already have your ticket, be sure to wear your comfy shoes and get there when the doors open at 6 p.m. to get a good spot to stand and watch.

Despite her hectic holiday schedule, Asia took a few minutes recently to chat with Dallas Voice about how her life has changed, and where she goes from here.

Dallas Voice: Your life has obviously changed tremendously since you were on Season 10 of RuPaul’s Drag Race. What’s the one biggest change for the better? And is there anything that has changed that you wish could change back? Asia O’Hara: Well, the thing that has definitely changed for the better is that I feel like I am a much more well-rounded person, and I have a greater understanding of the world around us and my place in it. My sense of purpose and my understanding of my personal contributions to the world has grown exponentially.

As I write this, you are finishing up the last few shows on the 2019 Werq The World Tour. What has been your favorite show on the tour? Which city that you’ve visited on the tour has been your favorite? My favorite city on this tour has probably been Lisbon, Portugal. The city is beautiful; the people are incredible, and the audiences are so appreciative and respectful of art. They understand the hard work that goes into producing a show of this magnitude and have shown me so much love.

Looking at the tour dates on the website, Werq the World starts back up in February 2020, in Australia and New Zealand, then on to Asia then Europe. Will you be back on the tour next year? If so, what place are you most looking forward to going to — or back to — this time? In 2020, I am taking some time off from Werq The World to work on RuPaul’s Drag Race Live in Las Vegas. I will rejoin the tour in Europe and am most excited to visit Antwerp for the first time. 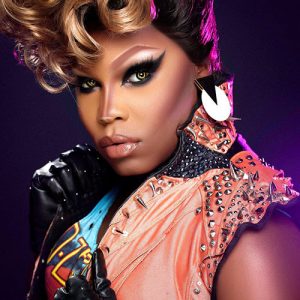 What’s your favorite part of all the traveling you’ve been doing since Season 10? What’s your least favorite part? About how much of your time over the last year has been spent “on the road”? My favorite part is being able to be inspired by some many different people and things each day. Being in a different city every day really does have a way of creatively keeping you on your toes. My least favorite part is sleeping on bus six nights a week. I have spent about 85 percent of my time away from home in the past two years.

Tell me about “Asia O’Hara’s Electrique Christmas.” This is your first self-produced one-woman show. How did you come up with the concept for the show? What are some of the challenges of self-producing your show, and what are the biggest challenges in doing a one-woman show, as compared to being part of an ensemble cast? What’s the biggest lesson you’ve learned in creating and producing “Electrique Christmas”? My “Electrique Christmas” is my take on our favorite holiday. lt takes us through all the emotions we encounter as a queer community during Christmas: happiness, wonder, cheer, anger, sadness, anger, but most importantly, love.

The concept of the show really is an adaptation of everything I experience personally during the holidays. I literally didn’t have to write one piece of content. It’s all completely organic. However, I am presenting it in an electrifying way that includes light-up props, musical instruments and much more.
The challenge of producing this myself is the fact that every single detail has to be done by me. Unlike an ensemble show, there isn’t a team of technicians and designers to take on some of the work. Every single costume, lighting cue and puff of smoke has been designed by me.

What should your fans expect from the show? Any surprises in store? I fully expect people to sit in their seats not knowing what to expect — and then have those unknown expectations exceeded.

And what’s in store for Asia O’Hara in 2020 and beyond? What have you not done that you want to do? Well I will back on the screen for RuPaul’s Celebrity Drag Race as well as some more “Electrique” shows. I also have new music and new digital content coming in the summer!