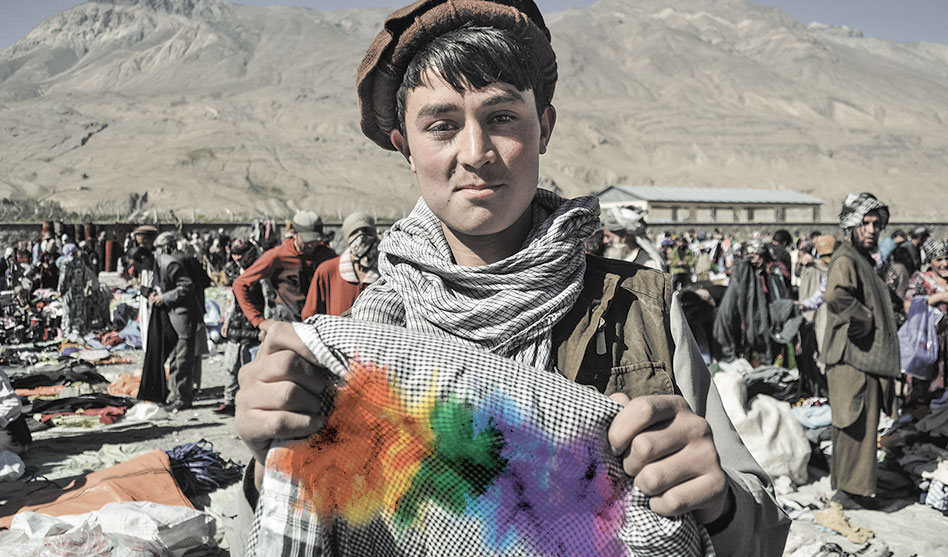 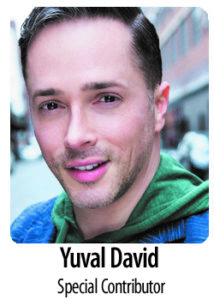 Kabul was known as one of the few “liberal” cities in Afghanistan. The word liberal is in quotation marks and italicized because it is liberal compared to the rest of the country. Now that the Taliban has taken over, most people who expressed themselves differently and openly are forced to adhere to Sharia Law, completely change their ways, hide their identity or be killed.

The U.S. State Department reported in 2020 that even before the Taliban took power in August, LGBTQ people in Afghanistan faced “discrimination, assault and rape,” and “homosexuality was widely seen as taboo and indecent.” Laws against lesbian, gay and transgender people made their existence illegal and punishable by up to two years in jail.

Those laws were not always enforced, but they did leave LGBTQ people at risk of extortion and abuse by authorities, as reported by the U.K. government.

Even with the discrimination and abuse, LGBTQ people still had a sliver of space in society. Nemat Sadat, an LGBTQ Afghan author living in the United States, said that gay, lesbian and transgender people helped the country’s cultural life develop since the Taliban’s last rule 20 years ago. But most of these people built their lives quietly.

Now with the Taliban regime back in power, their sliver of space in society is gone. There is no room to live quietly as an openly LGBTQ person. Under the Taliban’s interpretation of Sharia Law, homosexuality is punished by death.

In an interview with Reuters, Waheedullah Hashimi, a top decision maker for the Taliban, said, “There will be no democratic system at all because it does not have a base in our country.” He continued, “What type of political system should we apply in Afghanistan is clear. It is Sharia Law, and that is it.”

One source spoke to a 20-year-old university student who is lesbian in Afghanistan. Her family accepted her as a lesbian, but now the new Taliban leadership has put the lives of all of her family at risk. There is a new surge of violence against any lesbian, gay and transgender people. This includes anyone suspected of being lesbian, gay or trans and those who support them.

This young lesbian woman has gone into hiding. She is one of hundreds of LGBTQ people in Afghanistan who are pleading with advocates and organizations outside the country for help to escape the Taliban tyranny.
Nemat Sadat shares stories of lesbian, gay and trans people in hiding. He shared a story of a gay man who watched from his hiding place in the ceiling as Taliban fighters beat the friend who refused to disclose his location.

LGBTQ people in Afghanistan face the risk of being arrested, beaten and killed. The Taliban made it clear that it is enforcing its strict religious laws against Afghanistan’s LGBTQ citizens. In an interview with Germany’s Bild newspaper, one Taliban judge said there were only two punishments for homosexuality: “stoning or being crushed under a wall.”

LGBTQ people in Afghanistan are reporting that their friends, partners and members of their community are being attacked and raped. They also stated that Islamic fundamentalists and riotous groups are encouraged by the new tyranny and are on the hunt for LGBTQ people.

Another source shared that a gay man was targeted for his sexuality and then raped by this male attackers. That is a terrible paradox: He was raped by his male attackers, who criminalized him for having same-sex relations.
LGBTQ people are desperately trying to get out of the country and trying to erase any proof of their queer identity. They feel abandoned by the international LGBTQ community.

The Taliban is proving that the Western nations have normalized relations with their government. The Taliban and their supporters see this a proof of their victory.

This leaves LGBTQ people defeated and fearing torture and death.

The U.S. government and other Western countries evacuated many people out of Afghanistan, including journalists, women’s rights activists and those who worked with foreigners. But LGBTQ activists said that nothing has been done for them. A source says about her situation, “We will definitely be killed. We are asking to be evacuated immediately from Afghanistan.”

To date, no safe route has been found.

Even underground measures to help LGBTQ people are challenging and near impossible. The Rainbow Railroad is a non-governmental organization helping LGBTQ people around the world escape persecution. Executive Director Kimahli Powell said evacuating LGBTQ people from Afghanistan is especially hard as they are often alone, in hiding and unable to contact each other.

But if routes to get them out are nearly impossible to find, that still means there are routes that are somewhat possible. As difficult as it may be, we must find pathways to save these people and get them out.

The Taliban regime believes with certainty that the world will stand aside, perhaps condemning and protesting but not intervening. This is empowering jihadists across the world, especially in the Middle East. The Taliban has many allies and admirers, including the Palestinian Islamic Jihad and Hamas.

The increase in brazen forcefulness of these groups reaches beyond Afghanistan and spreads to the lands dominated by other similar groups. This causes an escalation of the threats to anyone who opposes Sharia Law or who lives differently than what Sharia Law allows. LGBTQ people in these lands are in peril.

If we do not help LGBTQ people in Afghanistan, the lives of LGBTQ people under other similar tyrannies face increased uncertainty and danger.

Yuval David is an actor, host and filmmaker who uses his platform for sharing narratives that affect social change, specifically on behalf of highly-respected U.S. and international organizations that raise awareness for the marginalized and under-represented, inspired by his LGBTQ and Jewish identities and his Israeli-American roots.