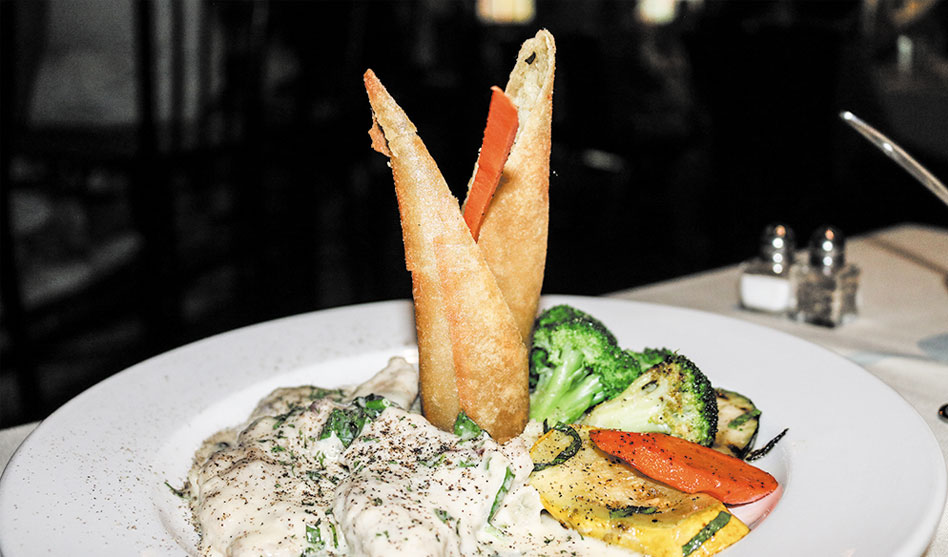 The veal at Bellini’s tastes of Old World elegance but arrives in a modernist presentation.
(Photography by Arnold Wayne Jones)

There’s no denying how the pandemic has seriously — and, for the most part, detrimentally — affected the social life of Dallas and the world, especially when it comes time to eat and drink. But there have been silver linings to these rainclouds, as many Uptown-area institutions continue to grow, move and, in one case, resurrect, just when we need them most. It’s enough to whet your appetite for what’s to come.

Bellini’s Italian Cafe and Bar
The most significant development has to be the welcome but unexpected return of Bellini’s. For 18 years, this stalwart of Uptown attracted a loyal customer base enchanted by deft execution of Italian classics. Then, almost exactly two years ago, its owner, Lorenzo di Lorenzo, was kicked out by the landlord. (The strip mall it occupied was torn down; Total Wine and More was erected in its place.) Di Lorenzo admits there were hard feelings. “It was our home — [closing it] was as if we lost our memories,” he says.

But good things come to those who wait. After the lockdown, the wonderful Design District restaurant Foxyco was forced to shutter for good, and the space became available. Di Lorenzo quickly swooped in; barely two months later, Bellini’s was back.

“It was quick,” di Lorenzo says… but in many ways, it was as if they’d not left, merely napped. He wondered whether the older patrons would come back; they have. The new space is unlike the prior home, but the menu has remained largely intact… though di Lorenzo promises he is considering changes soon.
Not too many, we hope. Bellini’s has always been old-school, with the staples Americans have long associated with Italian cuisine: caprese and calamari, garlic bread and antipasti platters plus pastas, pizzas and tiramisu. The food has an Old World elegance that belies its reasonable prices (most entrees are under $20); the eponymous veal Bellini (sauteed in a spinach cream sauce) is accompanied by risotti, served in fried cones that add a sense of majesty to the beautiful plate. The tiramisu is constructed of actual lady fingers (not merely sponge cake), dusted with espresso and garnished with kiwi slices; I dare you to find better locally. Even some non-traditional items get the Bellini’s touch: The gratinee loses some of its French underpinning with the replacement of Italian mozzarella where gruyer or Ementhaler usually burbles on top.

Service is likewise top-notch. My wine glass was never empty, and you probably won’t be seated eight seconds before being gifted fresh-baked bread with a spectacular dipping sauce. (I ask di Lorenzo its contents and he listed off a few; when I say, “Is that all?” he mischievously replies, “Well I can’t give you all my secrets!” Even under a mask, you can tell he’s smiling.) On weekends, soprano Michelle Lorra serenades diners with her exquisite voice. She’s performed for di Lorenzo exclusively for years. “It’s like family here,” she says. I know what she means. 921 N. Riverfront Blvd. 214-528-2844. 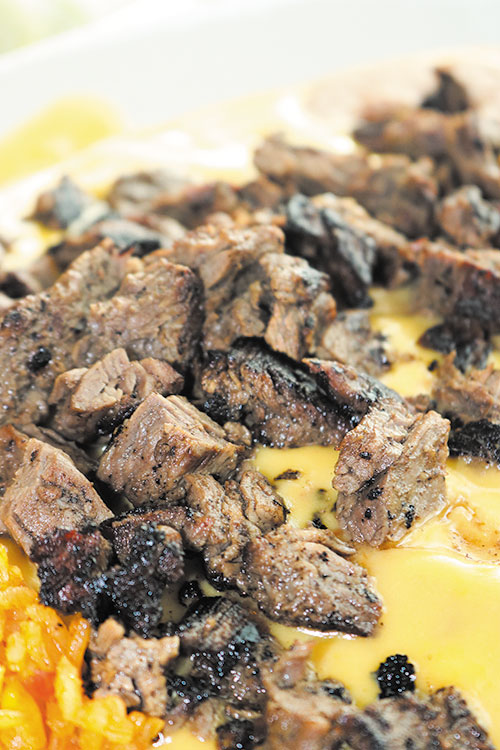 Mario’s Mexican and Salvadorian Restaurant
In the musical chairs of modern dining, restaurants seek out prime real estate as much as talent in the kitchen and skill in the front of house. And the old ilume building on Cedar Springs has been primo since it opened, with the anchor restaurant swapping out concepts and tenants several times, before closing last year with no successor. That ceased to be the case last month when Mario’s — housed since its founding more than a decade ago around the same time that ilume opened (when it was officially called Mario Sabino’s) along Lemmon Avenue — hiked across the gayborhood to its new digs.

Inside, the space looks much different from its predecessor, Cedar Grove (with its expressionistic arboreal decor); it’s now as colorful as a pinata, filled with a multitude of pastels on the walls and an open, airy atrium which offers a much different vibe from the old space.

But if the atmosphere is different, the food has remained constant. The menu has always been the size of a Russian novel, broken down not only into apps and postres, drinks and dinners, but also cuisines: Mexican, Tex-Mex and the distinctive Salvadorian bites that, for me, provide the best reason to come back: Pupusas (huge and savory), tamals (super moist wrapped in the signature banana leaf, not corn husks), fried plantains. Add  any of those to the extensive list of dishes, and you can’t go wrong.
4123 Cedar Springs Road. MariosDallas.com. 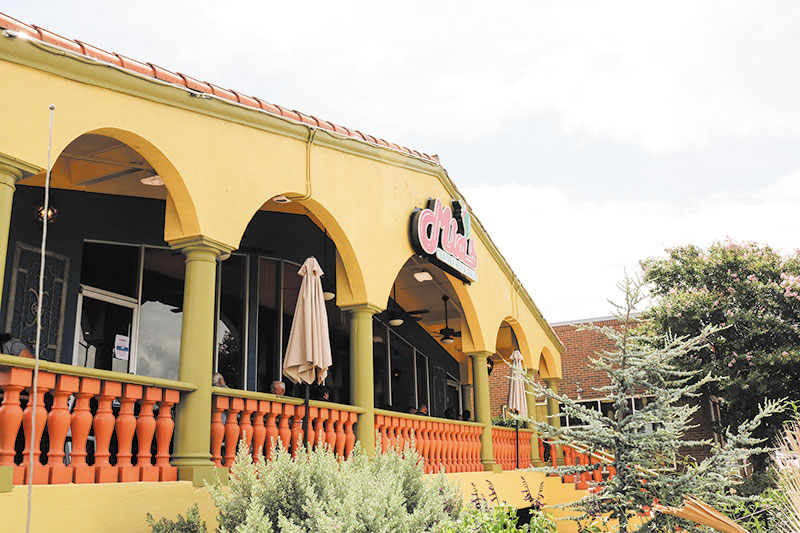 The most modest migration goes to Mia’s, moving a mere half-block to occupy the building vacated by Buzz Brews. But in some ways, it’s relocation is the biggest. Mia’s has been an icon on the Dallas food scene for as long as Bellini’s and Mario’s combined, opening back in 1981 and staying put in the converted house for most of that time. Its creaky charm amid those series of rooms has given way to a wide-open layout in a more traditional restaurant space. 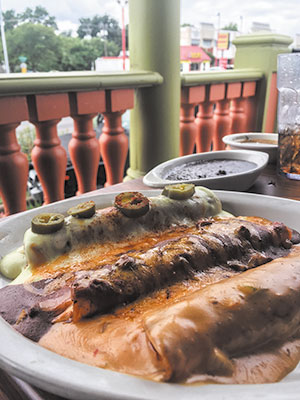 A trinity of sauces accentuate the reliable enchiladas at Mia’s. (Photography by Arnold Wayne Jones)

At the moment, though, the vibrant spirit of the interior is all but off-limits, as service is relegated for the time being to the long patio that fronts Lemmon Avenue. The style even there, however, with its stucco in yellow and orange and blue, feels familiar.

And that familiarity is matched by the food, which we have grown to love. The trademark menu item that pops to mind the second you think of Mia’s is certainly “Butch’s brisket tacos,” two large flour tortillas (you can get corn, but don’t) piled with tender smoked brisket and doused in gravy. This is the kind of dish you send family to get when they ask for something that says “Dallas food” to you. But that’s hardly the only thing on the menu. The enchiladas (cheese, beef and chicken with a trinity of sauces), and we really enjoyed Mama’s lemon chicken on a recent visit. Be forewarned: Mia’s has no printed menus, just a scannable QR code to access the bill of fare, so bring a smartphone and good reading glasses to explore the food.
4334 Lemmon Ave. MiasTexMex.com.