One man’s employment journey, from discrimination to protections 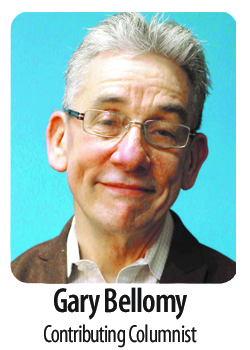 This week’s Supreme Court ruling, in Bostock v. Clayton County, protecting LGBT individuals from discrimination is a long-awaited victory for our community. In many ways, I feel my generation of LGBTQ people experienced the worst of discrimination in the workplace. Homosexuals of earlier generations were certainly dealt with more cruelly, and I would never diminish their struggle.

But for my generation, choosing to live forced us to accept that we would never feel secure in our employment.

The laws against homosexuals were ironclad, but it was increasingly difficult to outright ban us. We found cracks in the sidewalk where we could survive. Employers knew that. But they also realized that we could be starved out. That they could, at least, rid their own companies of the growing problem of “the queers.”

Let me share with you one man’s journey — my journey — through an employment history that continues still.

Having a gay or lesbian employee was a convenience quickly recognized in the workplace, just as was the convenience of having single employees. That individual is expected to be flexible and available at any hour. And yes, LGBTQ people were put in the category of single, regardless, of our relationship status. (Back then, we were not encouraged to discuss our personal lives at work because it made straight people uncomfortable. If we did that, we were seen as “forcing” our sexuality on them and their values.)

I was fortunate to spend years in San Francisco. Many of the people there were natives of a city with a very long history of tolerance. They had lived their entire lives around LGBTQ people. And in time, I started to feel like I could be myself, wherever I might live.

But moving back to Texas quickly challenged that notion, particularly in the workplace.

Here in Dallas, I found my industry — high-end restaurants — to be incredibly homophobic.

And management allowed them to serve a lot of attitude; it was considered part of their charm with the guests.
But the rare black man in this mix, if he acted the same way, was usually seen as a troublemaker that was getting out of line. A gay man who acted that way was shrill and “just too gay.”

It was acceptable to weaponize words and stereotypes against us to run us off, to force us into being the dancing clown or to resort to heavy eye-rolling that both excused and encouraged the abuse.
But wait! There’s more! The AIDS darkness managed to further increase the hostility.

My partner became sick very soon after we moved to Dallas.

When my partner died, my manager called me — but not to express condolences. He called to confirm that he’d gotten the message that I missed my shift because I’d spent the day with the undertaker. He wanted to know if I wanted to work that night. He was short-staffed without me.

He said since “the guy I lived with” had been sick so long that surely his death could not have come as a shock.

It took that pandemic for us to begin to realize that not only were we not allowed to mention our lives, our deaths meant nothing, as well.

I watched partners of the men who died purposely denied survivor benefits by the company that employed me.

I was told by the CEO that no more gay men would be hired until a cure for AIDS was found. But she was “kind enough” to assure me that the gay men already working for her would have jobs as long as they lived. The bitter irony is the rest of those men lay in their graves.

So no more gay men were hired FOR FIVE YEARS — until another, even more homophobic, regime took over.

I also have to mention the part that closeted men played in the discrimination. I have suffered setbacks for speaking to these men openly about my own life, for acknowledging them as gay themselves in private conversations within the work center.

Involvement with one of my employer’s new ventures landed me in another city for a short period. Everyone else on the opening management team was straight. I was gay, so I wasn’t chosen for the team until I created a needed position as the service trainer. The entire staff, hired by my gaydar-deficient hetero counterparts before I arrived, consisted solely of women the male managers wanted to have sex with and gay men.

I felt bound to invite all of those gay men for a cocktail hour to caution them about corporate’s anti-LGBTQ hiring policy that was strictly enforced. In hindsight, it was a naive and intrusive move on my part. The closet cases brought out the knives, and by their hand, I was brought to slaughter. The malice directed by those in the closet towards those of us living openly has been lethal.

Yes, my work situation has gotten tremendously better. But for many, many others, the discrimination has remained a very real and present danger — until Monday, June 15, when we got an unexpectedly wonderful 6-3 ruling from the U.S. Supreme Court.

A good thing has happened at a time when it seems very little happens that is good. Combine that with other positive rulings from the court this week — rulings on gun control and immigration laws and DACA — and it looks like we may be back on the right track.

Gary Bellomy is a longtime activist for LGBTQ rights and other social justice causes, and is manager of Hotel St. Germain in Dallas.