2020: Local stories that had us talking • The Dallas Pride Flag 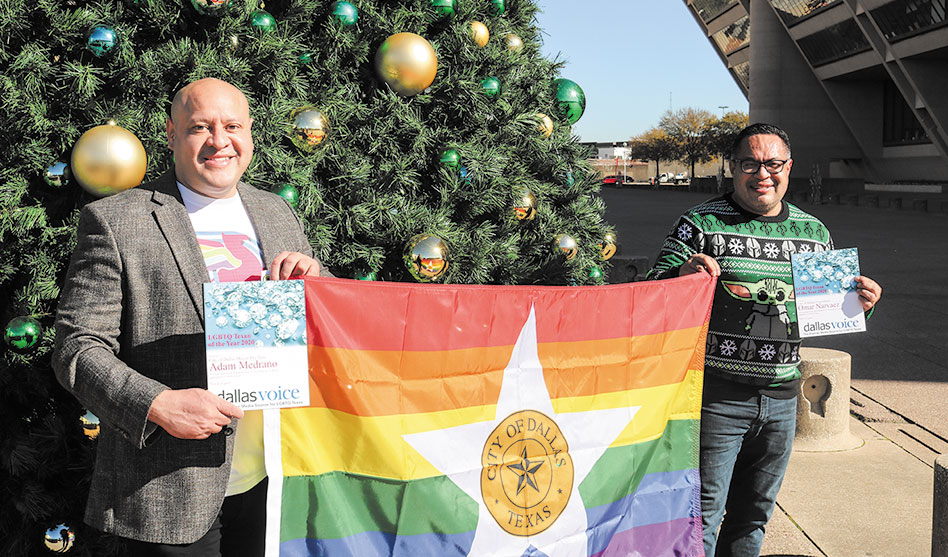 The Dallas Pride Flag
In June, Dallas became the only city in the U.S. with its own official, specially-designed Pride flag that will fly over Dallas City Hall each Pride month in the future. As “Born This Way” played on speakers, Dallas Mayor Pro Tem Adam Medrano raised the new Pride flag on Thursday, June 18, at City Hall Plaza. The new flag flew the rest of the month alongside the U.S. and Texas state flags. The day before, the Dallas City Council had approved the new flag at a special meeting held before the regular city council meeting.

This year, the flag only flew half the month because of timing in getting the full-sized flag produced. In its resolution, however, the council approved flying the Dallas Pride flag instead of the official city flag every June in the future.
The flag was designed by Tracy Nanthavongsa, and his design was approved by the council unanimously. It consists of the city’s star from its seal overlaid on a Rainbow flag. The large flag, equal in size to the regular city of Dallas flag, was purchased through donations.

Before raising the flag, Medrano read the mayor’s Pride Month proclamation. About half the city council attended the early morning flag raising along with County Commissioner Theresa Daniel and City Manager T.C. Broadnax. Councilman Omar Narvaez said flying a Pride flag on the plaza has been a goal of his since he joined the Mayor’s LGBT Task Force years ago. “What happens in Dallas changes the world,” he said.