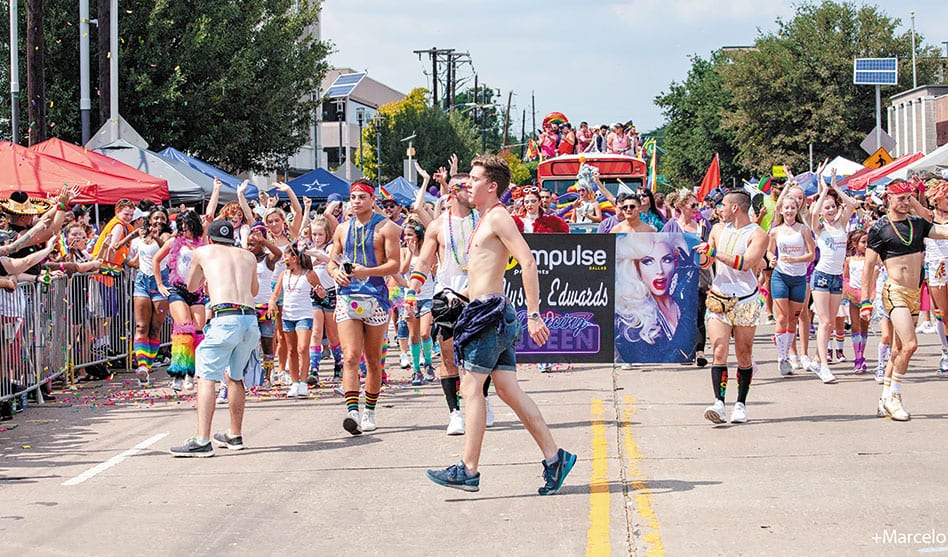 After staging the 35th annual Alan Ross Texas Freedom Parade down Cedar Springs Road on Sept. 16, drawing what were described as the largest-ever crowds for both the Miller Lite Music Festival at Reverchon Park on Sept. 15 and the parade the next day, officials with the Dallas Tavern Guild announced that Dallas’ Pride celebration would be moving to Fair Park in June, beginning in 2019.

The first three Dallas Pride parades, in 1972, 1973 and 1980, were held in June, with the first two being in downtown Dallas and the third on Cedar Springs. But in 1984, the Dallas Tavern Guild — an organization of Dallas LGBT bar and club owners — took over management of the parade, and moved Dallas’ celebration to September in recognition of Judge Jerry Buchmeyer’s 1982 ruling overturning the Texas sodomy law.

The parade and the accompanying Festival in the Park have been held in September ever since. A few years ago, the festival after the parade was moved from then-Lee Park to Reverchon Park, and in 2017, the festival was morphed into a music festival and held the Saturday before the parade on Sunday.

This year, however, tavern guild members voted quietly at their June meeting to move the Pride festival and parade back to June, and to take them out of the gayborhood to Fair Park.

The vote, they said was prompted by a number of factors, including the fact that they were quickly running out of room to grow the festival at Reverchon Park, that upcoming construction projects at the park and on Cedar Springs Road could interfere with the Pride events, that city restrictions on how long the roads could be shut down for the parade were limiting its size, and the costs associated with the permits, security and other city requirements have been increasing exponentially.

At the same time, the tavern guild’s longtime executive director, Michael Doughman, announced he would be retiring — and moving to Puerta Vallarta — immediately after the parade in September, and Jaron Turnbow was hired as his replacement.

The tavern guild then moved its November meeting — usually held during the day — to an evening time slot at The Rose Room to give community members a chance to voice their concerns and opinions, and to allow the tavern guild and Pride steering committee members the chance to explain their reasoning for the move. Although the tavern guild had already voted to move the festival’s date and location by the

November meeting, it wasn’t until mid-December that Turnbow announced that the parade, also, would be held in Fair Park in June in 2019. He did say, however, that while parade will be held in June from now on, the tavern guild and the Pride steering committee may reconsider the parade’s location after next year.

As the year draws to a close, the decision to move Pride continues to be a topic of heated debate, with most of those speaking up either fervently in favor of the move or angrily opposed, leaving very few standing in the middle ground.